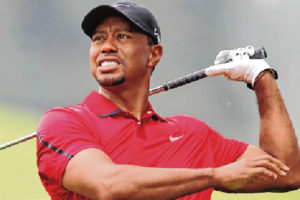 When TV commentators and other media representatives refer to you as a “legend” in your particular profession, everything that goes wrong in your life is magnified exponentially.

So it is with “golf legend” Tiger Woods.

The fellow who has won 14 major golf titles got himself arrested and charged with “driving under the influence” in Florida.

Woods has been sidelined for some time now. He’s seeking to recover from injury and at least two surgeries on his back. He’s also had some more personal difficulties, stemming from a 2009 incident involving his then-wife and reports that surfaced later about his serial marital infidelity.

Woods had said something just the other day about how he hadn’t “felt this good in years,” meaning, I suppose, that his back pain is subsiding and that he might be able — maybe soon — to return to golf.

We don’t yet know whether he was “under the influence” of alcohol or something else.

I am a fairly avid golf fan. I am pulling for Tiger to come back. It’s just not the same without him competing for tournament victories on Sunday.

But, c’mon man! This isn’t the way back to where you need to be — or where your many golf fans want you to be.