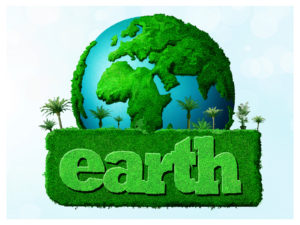 Is it me or is Planet Earth going to get some major disrespect from the current president of the United States?

I ask because Earth Day is upon us. We commemorate our home planet with marches, speeches and occasionally fiery rhetoric from activists who proclaim the need to take care of our home.

Many of us take these exhortations seriously. Many others don’t.

I fear that one of those who don’t now resides in the White House. The 45th president of the United States, Donald John Trump, has said some pretty hideous things about some of the environmental crises facing this planet of ours.

The worst of those things has been to declare climate change to be  “hoax” promoted by our trading foes in the People’s Republic of China.

I have written about Earth Day previously in this blog. Here is this past year’s entry:

Trump has assembled a Cabinet that includes an Environmental Protection Agency director, Scott Pruitt, who shares the president’s denial of climate change. Pruitt has sued the federal government multiple times dating back to when he served as Oklahoma attorney general.

Indeed, the EPA’s very mission is spelled out explicitly in its title: to “protect” the environment.

What did the president do shortly after taking office? He signed an executive order that rolls back regulations that sought to clean the air. Trump contends that the rules and regulations are “job killers” and he vows to do all he can to restore jobs for heavy industry.

At what cost? To pour pollutants into the air, which well could create hazardous living conditions for millions of Americans?

I remain committed to the idea that climate change is real and that human beings are playing a major role in creating the havoc that’s occurring around the world.

I’ve said it before but it bears repeating. This is the only Earth we have. We must cherish it. Protect it. Love it.

This terrestrial affection must exist far beyond a single day.