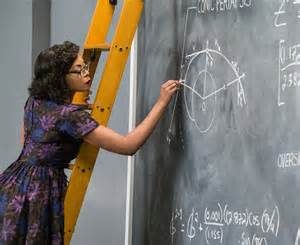 Hollywood gets panned and pounded for the occasional liberties it takes with historical events.

But consider this for a moment.

Today is the 55th anniversary of a space flight in which the late John Glenn, a young Marine Corps test pilot, orbited the Earth three times. It would be the first of his two flights into space; the second one occurred in 1998, when Sen. Glenn was 77 years of age.

But get this: February also is Black History Month and Hollywood has managed to merge an important aspect of Glenn’s first flight with another. Glenn owed his flight’s success to the genius of a group of African-American women who relatively few Americans knew about until the release of the acclaimed film “Hidden Figures.”

Think of it. Glenn’s historic flight now can be celebrated as a key event to salute African-Americans. What’s more, that it occurred on Feb. 20, 1962 puts it in the middle of the month we set aside to commemorate the contributions of black Americans to the development of this great nation.

“Hidden Figures” tells the story of three young African-American women — two mathameticians and an engineer — who, with their team of fellow geniuses, worked with NASA to calculate the math associated with space flight.

The contributions of these women were kept under wraps at the time. It was the early 1960s and America was in the throes of the civil-rights movement. The country was unable — or unwilling — to accept the contributions these women gave to this great adventure known as the “space race.”

The film has put an entirely different spin on the “race” aspect of the competition between the United States and the Soviet Union.

I am one who is thrilled to meld these two events — Black History Month and the flight of our first space orbital mission — into one.