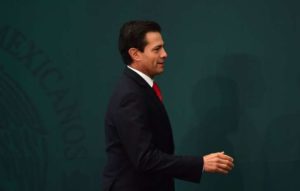 So it has come down to this.

Donald J. Trump trumpets the need for “better relations” with Russia while dismissing reports from U.S. intelligence officials say that Russian hackers tried to interfere in our presidential election.

Meanwhile, the president is spoiling for an all-out trade war with the nation that shares our southern border — Mexico — over that country’s refusal to pay for a wall that Trump wants to build along that entire border.

Is the new president mad, stupid — or both?

He’s also — apparently — lying about who canceled the meeting next week between himself and Mexico’s president, Enrique Pena Nieto. Trump said it was a mutual decision; Pena Nieto insists he broke it off.

You know what? I’m inclined to believe President Pena Nieto, given our own president’s lengthy history of prevarication.

Trump insists that Mexico will pay for the wall, which congressional leaders estimate could cost as much as $15 billion to build. How? Trump said he might impose a stiff trade tariff on all good imported from Mexico. How might Mexico respond? Oh, with a tariff of its own on all goods that country imports from the United States.

Yep. It could produce a serious trade war between two ostensibly friendly nations.

What in the name of all that is holy is Donald Trump trying to do?

Furthermore, he talks about Mexico as having the upper hand here. He said Mexico has to treat the United States “fairly.” Uh, news flash, Mr. President: We’re the big dog on this block.

Someone has to explain to me how the president can look so blindly at the threat posed by Russian hackers while getting his hackles up over Mexico’s refusal to knuckle under to demands that well might impugn that country’s sovereignty.