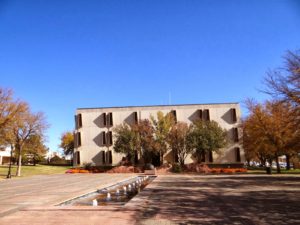 Amarillo needs a city manager more than its governing council might realize.

Then again, perhaps the five individuals on the City Council do realize it. Still, the search for a permanent chief municipal executive might get complicated in a major hurry.

Given that I don’t get out as much these days as I did when I was working full time for a living, I am not privy to all the chatter and clatter that rattles around the city. But I did hear a thing or two today that makes me think about the upcoming city manager search and the issues that might complicate it.

The City Council makeup might be changing. The buzz I heard is that Mayor Paul Harpole won’t seek re-election. He’s had enough. He’s done. It’ll be back to selling cars full time for His Honor. Councilman Mark Nair might be on the fence about running for re-election next May. I have heard that Councilman Elisha Demerson wants to be mayor. Councilman Randy Burkett, I’m told, is a cinch to seek re-election. No word on the newest council member, Lisa Blake, and her plans to seek election to the seat to which she was appointed.

The council has this reputation for dysfunction. The former interim city manager, Terry Childers, laid it on the line a few months back. He scolded the council for contributing to the “caustic” atmosphere at City Hall. He blamed council members for the “dysfunction” that infects local government. Does the headhunter the city hired to recruit a qualified pool of candidate expect to deliver a top-quality corps of candidates given what’s been transpiring at City Hall?

The city election looms large. Childers was supposed to stay on until after the May municipal election. Then he popped off at a constituent and quit. He cleared out his desk and returned to Oklahoma City, from where he came a year ago. If the council undergoes another wholesale change in its makeup in 2017 similar to what it got in 2015, that in itself might be enough to dissuade qualified manager candidates from seeking the job.

Why is finding a manager so critical? Well, the city is in the midst of a wholesale change downtown. I drove along Buchanan Street this afternoon en route to an appointment on the other side of town and I was struck once again by the incredible change in the appearance of the street.

From 10th Avenue north to Third Avenue, you see all that major construction: the Excel Building, the multi-story parking garage, the Embassy Suites convention hotel. Then you see the demolition of the Coca-Cola site still ongoing just south of City Hall to make room for the multipurpose event venue/ballpark.

The city is negotiating with a minor-league baseball franchise to relocate in Amarillo.

Amarillo needs a firm hand on the till to guide all this to a successful conclusion.

Dysfunction. Uncertainty. Continued change. It’s all there to make municipal government an even more complicated and challenging endeavor than it already is.

My optimism that the city can navigate through this mess keeps ebbing and flowing. At this moment, I’m feeling the ebb — but I am hoping for the flow.