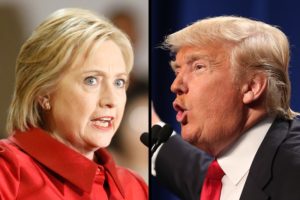 A University of Texas poll says you’re trailing Donald J. Trump. But, hey, it’s only by 8 points. The previous Democratic presidential candidate — Barack Obama — lost the Texas vote to John McCain and Mitt Romney by double digits in 2008 and 2012, respectively.

A part of me, though, is a bit surprised that Trump has even an 8-point lead over Clinton in Texas.

I don’t know who University of Texas/Texas Political Projects Poll surveyed to come up with an 8-point gap. I wonder if it included the requisite number of Latino voters who comprise such a significant minority of Texans.

We all know how Trump — the presumptive Republican nominee for president — has gone out of his way to offend Latinos. He started with his plan to “build a beautiful wall” along our southern border; then he intimated that all Mexican illegal immigrants were “rapists, drug dealers and murderers”; then came the assertion that  an Indiana-born federal judge was biased against him because the judge’s parents were Mexican immigrants.

I’m well aware that public opinion surveys only serve as “snapshots.” They don’t predict the future.

However, some political thinkers believe Clinton has a legitimate chance of winning Texas this fall. Others, though, believe the state is too deeply Republican to change now and that Clinton isn’t the type of Democrat who can repaint the reliably red state into a blue one.

If the Democratic nominee is to have a chance of capturing Texas’s huge trove of electoral votes, she’ll need to get Latinos to the polls. History is not on her side.

Then again, we’ve all talked about how “conventional wisdom” has been tossed aside during this election season.