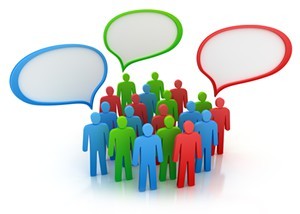 If you thought the media have done a terrible job of reporting on politics and policy — relying too heavily on polls — get ready for what’s to come.

The coverage is going to get worse.

The upcoming presidential campaign between Democrat Hillary Rodham Clinton and Republican Donald J. Trump is going to fill us to the brim with news about the “horse race.”

We’re going to be listening to evening news reports that will begin with coverage of the latest polls.

Trump has fed that narrative repeatedly during his amazing — and stunningly surprising — march to the GOP nomination. He takes the podium and blusters about his standing in the polls. The media cover it. Why? Because the public wants it.

And, yep, the media continue to cover it.

Look at me! I’m devoting an entire blog post to the coverage of polling in this upcoming campaign.

I’ve taken the bait. Swallowed it. Damn near choked on it, for crying out loud.

I am hoping we start paying more careful attention to what these candidates are going to say about things that matter. Policy stuff matters.

They won’t. The media will continue to report on polls. Who’s up? Who’s down? Election probability will be the No. 1 topic of every news cycle — which, of course, has become a 24/7 phenomenon.

Let’s all get ready for a wild ride.