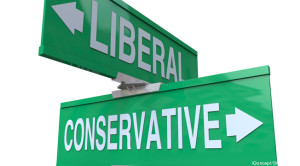 Readers of this blog, specifically those with a conservative political outlook, have at times accused me of being a flamer, a lefty progressive.

One reader keeps referring to “liberal logic” when trying to counter whatever argument I seek to make.

It’s time, therefore, to set the record straight on a few issues.

On abortion, I believe in a woman’s right to control her own body. Do I condone abortion? No. Neither do I believe government should set laws that criminalize someone from making an intensely personal and heart-wrenching decision. I could not counsel any woman to terminate a pregnancy, but I will never condemn her for making that decision.

Wealth redistribution runs counter to my capitalist instincts. Bernie Sanders, a Democratic presidential candidate, makes no bone about it. He’s a socialist and he’s damn proud of it. Good for him. He wants to share the wealth. I don’t have much wealth, but my wife and I do have a nest egg that’s building and we intend to keep our hands on it.

War or diplomacy? I’ll take diplomacy every time whenever possible. I am weary of Republican critics of Barack Obama who contend he is too timid about the use of force against our adversaries/enemies. I have had a tiny exposure to war — back in the late 1960s. Some of you might remember that time. What angers me more than anything in this regard is hearing the get-tough talk from chicken hawks in Congress who fought like hell during the old days to avoid going to war while many of the rest of us were answering the call to duty.

I struggle with the term “gay marriage.” I happen to be a traditionalist on this matter. But I do know what the U.S. Constitution says about “equal protection.” It guarantees that anyone is entitled to marry whomever they wish, without regard to their sexuality. If that’s what the Constitution states — and if the Supreme Court affirms it, which it has done — then I accept the document’s intent.

I am not a partisan Democrat. Texas voting law gives people the opportunity to choose which primary in which they can cast votes. In the two-plus decades I’ve lived in the heavily Republican Texas Panhandle, I’ve cast many votes in the Republican primary. Why? Because here, the Republican primary is where the action is. Democrats often don’t field candidates for local offices. I want my voice heard on races involving county government and the Legislature. I’ll acknowledge here, as I’ve done before, that I haven’t yet voted for a Republican for president since I cast my first vote in 1972. I do, though, split my ticket liberally.

Rich people should pay more in taxes than middle-income folks. I have no difficulty insisting that wealthy Americans should pay more per capita than those of us who haven’t acquired as much wealth. I don’t want them to pay all of their wealth, just enough to help fund government. Hey, they can still be rich!

There could be more examples. I’m sure some of you will challenge these few items. I just felt the need to lay it out there.

Do I lean left? Sure. There you have it.

One thought on “Tilting left, most of the time”