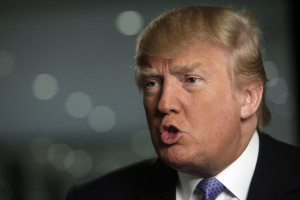 Do you remember when Donald Trump chided Sen. John McCain for being captured during the Vietnam War?

He said that McCain is a “hero” only because he was taken prisoner by North Vietnam. “I like people that weren’t captured,” Trump said.

He did not know what he was talking about.

Now comes a biography about Trump in which he says that his enrollment in a pricey military prep school was just like serving in the military.

Trump got deferments throughout the Vietnam War, which in some circles would classify him as a “chicken hawk.” He was sent to New York Military Academy to correct some behavioral issues, according to the book titled “Never Enough: Donald Trump and the Pursuit of Success.”

Did it work? Well, that might remain an open question.

But to suggest that a military school gives one the same training as the actual military is pure hooey.

Why? Because high school military cadets do not face the prospect of going to war upon completion. Therein lies arguably the difference between what Trump went through as a child and what actual war heroes — such as John McCain — went through upon graduation from one of the nation’s service academies.

It’s at best a stretch to equate one’s military school upbringing to what actual soldiers, sailors, airmen and Marines went through.

Actual veterans — notably some of us who actually went to war while Trump sat it out — well might take offense at what they’ll read when “Never Enough” hits the book shelves later this month.