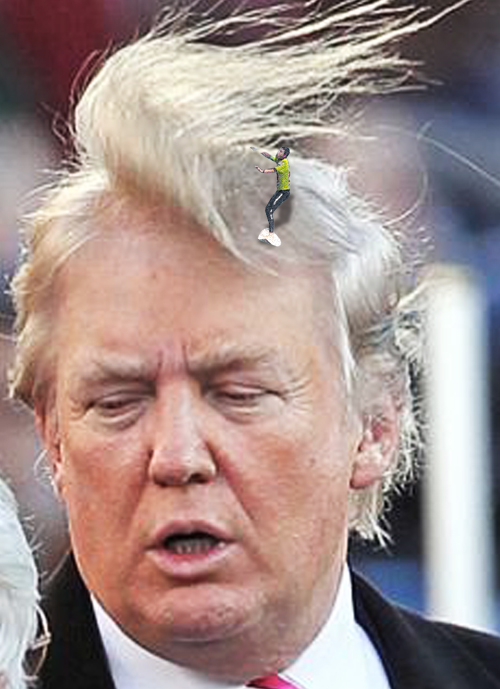 There’s so much to detest about Donald Trump.

I almost don’t where to begin.

His anti-immigrant rant? As the grandson of immigrants — yes, legal immigrants — I was appalled at his description of Mexicans as “rapists, drug dealers and murders,” and “oh, yes, some good ones.”

How about his birther stance? He still thinks President Obama was born in a foreign country, despite having an American mother, which qualifies him for the office he’s held for nearly two full terms. Now he’s going after Ted Cruz, who actually was born in another country, but his mother is an American as well.

I’m beginning to settle on one aspect of Trump I find most annoying. It’s his insistence that he’s “really rich.”

He brags about it. He boasts of all the money he has. He seeks to parlay that good fortune into what he’d do as president, which is create jobs. “I’m a great job creator,” he says.

How do you suppose his boasting about wealth is going to play to the very people he wants to win over if he is to have a prayer of being nominated by the Republican Party, let alone elected president of the United States? My guess is that it won’t play well — at all.

He’s going to brag on TV about his wealth. Imagine being a single parent, struggling to make ends meet. You’ve got several children who need food, clothing and shelter. You can barely provide any of that. And then you’re going to hear someone who wants to become your president keep bragging about his material wealth, about all those tall buildings that have his name on them, all his bling, glitter.

How does that make you feel?

I’m a middle-class guy. I’ve had a nice life. My wife and I don’t need too much to consider ourselves successful.

All that boasting makes me crazy!

He’s going after his fellow GOP candidates. They’re returning fire aggressively, as are the Democratic candidates.

I will await with great anticipation the first Republican presidential joint appearance to see how The Donald handles the blistering he’s going to get.

From now on, though, shut up with the “I’m really rich” crap, OK, Donald?

One thought on “The Donald presents so many avenues of disgust”