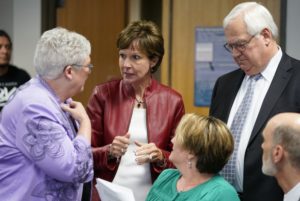 The Texas State Board of Education came to its senses, with a little push from Gov. Greg Abbott.

The SBOE had voted tentatively to remove the term “hero” from its description of the men who died at the Alamo in 1836. Hey, we all know that they died heroically while defending the mission against superior Mexican armed forces.

The board of education, though, almost knuckled under to some form of “political correctness” by deciding they weren’t heroes after all. Abbott said the SBOE should resist such PC activity. Late this week, the 15-member elected board reversed itself and said the heroes at the Alamo will be labeled as such in Texas public school curricula.

I’m not a native Texan, but I certainly accepted the idea long ago that the men who died in the Alamo battle were heroes. That’s how we were taught in Oregon when I was growing up and studying these historic events.

I’m glad that the SBOE has declared what the rest of us knew already: Those men were heroes. 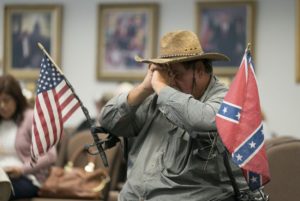 What’s going on with the Texas State Board of Education?

The 15-member elected board had decided that the men who fought and died at The Alamo shouldn’t be called “heroic” in Texas textbooks that tells the story of the 1836 struggle.

Then the SBOE backed off. The men who died were heroes after all. Politicians from Gov. Greg Abbott on down had objected to the eliminating of the “heroic” description of the fight.

The Texas Tribune reported: The board has been streamlining curriculum standards for social studies for the past several months, with the aim of cutting back on the instructional time for teachers and allowing them to go into depth in their courses. The workgroup’s recommendations, submitted to the State Board of Education in April by a volunteer working group of area experts, called the term “value charged” and recommended its removal. They also struck out a reference to a letter Col. William B. Travis wrote just before the siege titled “To the People of Texas and All Americans in the World.”

I’m not a Texas native. My wife, sons and I got here as soon as we could. I grew up in Oregon and studied The Alamo battle back in the day, in junior high school and later in high school. By the time we moved to Texas in 1984 I was well aware of the “heroic” stature that the men had achieved when they fought against a huge military force of Mexican soldiers who laid siege to the mission.

C’mon, SBOE! Don’t mess with what we know to be true. Those men fought heroically. They died as heroes. Didn’t the Texians who took the fight to Mexico’s armed forces rally to the battle cry “Remember the Alamo”?

Part of the change seems to have something to do with the short shrift textbooks give to civil rights leaders. As the Tribune reports: Those in support of the workgroup’s initial proposal argued that using language like “heroic” for the defenders of the Alamo and minimizing the contribution of civil rights leaders whitewashes the history of Texas. “The curriculum standards that guide what we learn in our public school classrooms don’t teach enough and don’t teach the truth,” said Lamontria Edwards, a student at Paul Quinn College in Dallas.

Fair point. However, let’s be sure our texts also teach children of the heroism of our civil rights movement in addition to teaching them of the heroes who died at The Alamo. 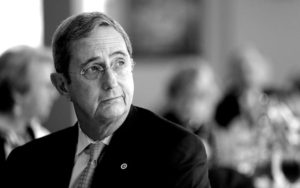 It turns out that former Texas Land Commissioner Jerry Patterson has a particular motive for seeking to get back into his former job.

He is angry at the way the current commissioner, George P. Bush, has handled the Alamo. Bush has taken the Alamo restoration efforts away from the General Land Office and put it in the hands of private concerns.

Patterson doesn’t like that. So he’s aiming to do battle with Bush with the idea of returning to the GLO the idea of caring for the Alamo.

As R.G. Ratcliffe writes in the Burka Blog: During Patterson’s tenure, the famous Texas battleground was transferred from the Daughters of the Republic of Texas to the land office, but Bush has been widely criticized for handing off restoration plans to private foundations.

Ratcliffe reports that legislators are critical of the move because the foundations are too secretive and aren’t being held accountable for what they’re doing to restore the Alamo. Patterson contends, according to Ratcliffe, that Bush set up the privatization arrangement so that he could take credit for cutting the size of a government agency.

Patterson says he doesn’t want a job. He said he decided to run because he couldn’t find another Republican to challenge Bush. He told Ratcliffe that Bush is too enamored with being a “small-government Republican” intent on cutting the budget. Patterson is angry that Bush has dismantled the GLO’s hurricane response that Patterson created; as a result, there have been delays in getting aid to Hurricane Harvey victims along the Texas coast.

Patterson is having none of it.

He wants to challenge Bush, whose campaign team is touting as the “most conservative land commissioner” in Texas history.

This might shape up to be a most fascinating Republican Party primary. I get the appeal that Bush is seeking to parlay as a budget cutter and a small-government kind of politician.

I happen to be more of a “good government” fellow, who hopes that Patterson — one of my favorite Texas politicians — can mount a serious challenge to the fellow who succeeded him.

Jade Helm 15 is about to commence in Texas.

Despite what some nut jobs have put out there, the U.S. military is not about to take over the state and hand it over to international spies.

Do not listen to the goofballs who actually persuaded Gov. Greg Abbott to order the Texas State Guard to “monitor” the activities of the Army, Navy and Air Force special forces who’ll be conducting the exercises.

It’s going to be all right.

The exercise was announced some months back and the Internet then jumped to life with conspiracy theories about what it all meant to some individuals and groups. As the Dallas Morning News blogger Jim Mitchell notes, one of the nuttier notions involves the Alamo: the United Nations declared the old mission a Unesco World Heritage Site, which apparently sealed it for some. Anything that involves the U.N. has got to be bad news for Texas, they feared.

The founding fathers didn’t get it perfect when they drafted and then ratified the U.S. Constitution. One thing they got right, though, was to build in a checks-and-balances system that’s designed to prevent one branch of government from getting too powerful.

President Obama knows all of this. So does the Pentagon brass. Even the federal judiciary, which has come under fire lately because of some controversial Supreme Court rulings, understands it. Congress knows its place, too.

Let the troops come to Texas to conduct their exercises.

It’s going to be OK. Honest.