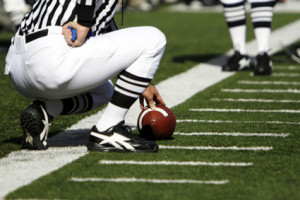 I remain steadfast in my athletic fuddy-duddyhood, in that I don’t much like some of the trends I see occurring in college and pro sports.

For example, the designated hitter rule in baseball is for the birds. Nor do I like playing football or baseball under a roof. I dislike “artificial turf” and I believe baseball players need not suit up with body armor befitting a combat soldier when they are hitting. Instant replay? Let the refs and umps call the game and stop the endless “reviews” on the field! They get damn near all the calls right as it is.

There. Now let’s turn to these “transfers” I keep reading about in college football. They generally are young men who have graduated already from one university, but with “football eligibility” remaining, they transfer through some sort of “portal” to another school.

Again, call me old-fashioned but I prefer to see a college football player play for the school where he enrolls, then after four years he is done; he either can turn pro or pursue another line of work, presumably in a profession related to the degree he is supposed to have earned at the college of his choice.

These “transfer athletes” seem to carry a bit of a mercenary aura about them. I guess they want to burnish their college career stats enough to make a pro team want to draft them higher and presumably offer them more money.

This stuff makes my head hurt.