Donald J. Trump is supposed to be subject to the same standards as every U.S. citizen now that he no longer is president of the United States. 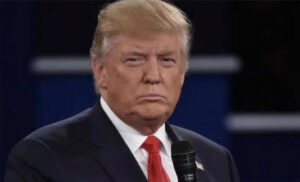 Isn’t that the rule? Isn’t that what Attorney General Merrick Garland has implied all along while stipulating that “no one is above the law”?

Former Defense Secretary William Cohen, though, has a different take on it. Cohen, who served as defense boss during the Clinton administration, said today that had he taken the documents now believed to have been found among the cache of papers in Trump’s home that he would have been arrested on the spot and taken into custody.

Which begs the question: If Donald Trump now is just an ordinary citizen of this country and has been found to have taken highly classified documents home with him as he left the White House for keeps, why hasn’t he been arrested and charged with, oh, violating the Presidential Records Act or the Espionage Act?

Former Secretary of Defense walks through what would happen to him if he took the documents Trump did (msn.com)

I am acutely aware that all of that would take us down a path on which we have never walked. However, it does appear to be more than just scuttlebutt that Trump had in his possession documents containing — gulp! — nuclear secrets.

What in the name of MADness was Trump going to do with this stuff?

This brings me to another question: Is Donald Trump ever going to be treated like any schmuck who takes official documents illegally?

Allow me to borrow this phrase: Lock him up!