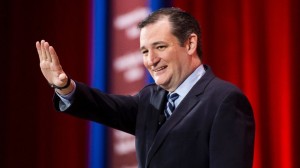 Alan Grayson is a Florida Democratic U.S. representative who repeatedly exhibits his ability to be the loudest blowhard on the block.

Cruz was born in Canada to a Cuban father and, here it is, an American mother. That, right there, made young Teddy a U.S. citizen from the very moment he came into this world. He is qualified to run for president. He would be qualified to serve as president.

Article II, Section 1 of the U.S. Constitution stipulates that “no person except a natural born Citizen” is qualified to serve as president. Mrs. Cruz gave birth to her baby Teddy and that is all the qualification he needs to run for the presidency.

Meanwhile, Rep. Grayson needs to devote a lot more of his attention to the affairs of his Florida congressional district and stop looking for ways to garner cheap publicity.