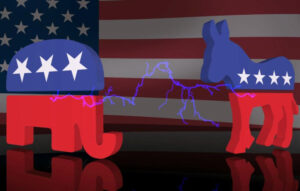 Among the many things Donald Trump promised while running for president — in addition to “making America great again” and throwing out illegal immigrants — was that he would upset the political norm.

He would be an “unconventional president.” Boy howdy! He has delivered on that one! I now want to offer an example.

He has turned political adversaries who otherwise would be friends into, well, bitter enemies.

My friends have known my political leanings for a long time. They tilt leftward. I favor Democrats over Republicans at the highest levels of government; I have voted all Democrat for president in every election since 1972. I do split my ticket, though, and I have voted for many Republicans at state and local levels over that span of time.

I have many friends who have voted all Republican for president. We have remained friends. However, I must admit that our friendship has been undergoing a tremendous amount of stress during the Donald Trump Era.

I refuse to let my friendships be torn asunder by political differences. I hope they think of me in the same way.

However, I have heard countless anecdotal stories of how friendships have been ripped apart, flushed away, trampled to death by intense differences. People who hate Trump have lost friendships with those who love Trump. Donald Trump even has infused normally non-political folks with an unusual level of disgust at those who disagree with them politically.

Why has this happened? Is this by design? Is this what Donald Trump envisioned when he rode down that escalator in June 2015 to declare his presidential candidacy? A part of me thinks that Trump actually believed he would produce this bitter divide. I cannot read what passes for this kook’s mind, but my own gut tells me he has produced precisely the political climate he desired.

Trump vowed to “unify” the country. He has talked only to his base, the roughly 40-something percent that has stuck with him since he lost the actual vote to Hillary Clinton in 2016. His refusal to speak to all Americans has created what I believe is this remarkably wide — and widening — divide among American voters.

The greater distance between those who support this guy and those of us who oppose him only has deepened the anger many of us feel toward each other.

Therein, I suggest, is arguably the greatest tragedy of this individual’s tenure as president. 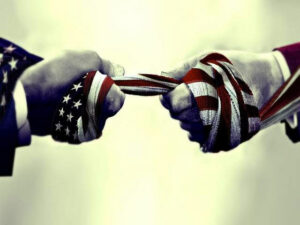 Oh, how I hate the division that is threatening our national fabric. Really, I believe we are heading for fracturing that might take generations to heal.

Donald Trump got elected president in 2016 promising, among other things, to heal the wounds that divided us during that brutal campaign. How has he done? Not well … not well at all!

Indeed, the president has done next to nothing to even attempt to heal those wounds. The Charlottesville, Va., riot in2017 provides an example of what I mean. Klansmen and Nazis gathered in Charlottesville to protest the taking down of a statue of Confederate Gen. Robert E. Lee; counter protesters showed up, one of the counter protesters got run down and killed by one of the Nazis. Trump then said there were “fine people … on both sides!” Oh, no. There weren’t fine folks on both sides, Mr. President.

It has been like during Trump’s term as president.

We are degenerating into a society with intense anger fueled in large part by those who adhere to the president’s scorched-Earth policy regarding his foes.

To be fair, I don’t mean to toss all the blame solely at the president’s feet. There has been a good bit invective hurled at him from the other side. Perhaps the most egregious utterance came from a newly elected Democratic congresswoman from Minnesota, Rashida Tlaib, who declared at a rally that “we’re going to impeach the motherfu****!”

I don’t remember, though, who started this political pi**ing match. At this point, it doesn’t matter to me.

What matters is that we’re entering a presidential election season shrouded under the clouds of probable impeachment over presidential solicitation of foreign government help in his re-election fight. Donald Trump is going to launch every rhetorical missile in his formidable arsenal at his foes, who are likely to return fire with equal gusto.

I am just a spectator and a chump blogger with plenty to say about all that is unfolding in front of us. I don’t like what I am seeing and hearing.

I want it to end. I’ll get to my proposed solution right here: It will end only when Donald Trump is no longer president of the United States. He needs to be shown the door.