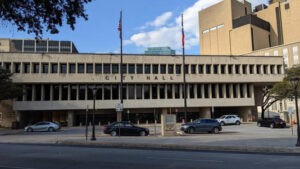 When has anyone in real life ever gotten a 200%-plus pay increase all at once? Umm. No one?

Thus, it shouldn’t surprise anyone — I was not surprise, for sure — to see Fort Worth voters nix a proposed monstrous pay increase for their mayor and city council members.

According to the Fort Worth Star-Telegram:

Mayor Mattie Parker said she deserves to be paid more than the current amount. I am not going to pass judgment on that assertion. All I can say with some degree of confidence is that Fort Worth voters more than likely were in no mood to shell out that kind of an increase when they are struggling to pay more for practically everything they purchase.

And they aren’t getting a huge pay raise to lighten their load.

He helps shut down part of the federal government, forcing the furloughing of thousands of federal employees; thus, they are not getting paid while their agency is shut down because the White House and Congress are arguing over money to build The Wall along our southern border.

What does Trump then decide to do? He signs an executive order freezing wages for federal employees! They were slated to get a 2.1 percent pay increase. No longer will they get it. Trump said the budget cannot support it. Imagine that, will ya?

The budget deficit has exploded since the president and congressional Republicans enacted that tax cut, depriving the government of revenue that might have helped minimize deficit growth.

At least, though, the pay freeze doesn’t have an effect on the 2.6-percent pay increase granted to our men and women in the military.

Still, as the saying goes: Timing is everything.