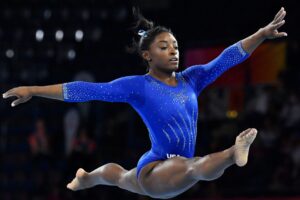 Simone Biles has walked away from Olympic glory.

Or has she? The premier U.S. gymnast took herself out of the team competition at the Tokyo Olympics the other day, citing emotional stress and unreadiness to compete.

I am not going to weigh in with a heavy-duty critique of what she did. Nor am I going to try to assess why she has bowed out and might be done altogether as the current Olympic Games plays out.

You see, few of us outsiders can understand fully the pressure, the intense scrutiny, the proverbial weight of the world pressing down on the shoulders of a young athlete who competes at the highest level imaginable.

For that reason alone — my ignorance of what she is enduring and has endured during her years on the world athletic stage — I am going to give this young woman a pass.

I want her to find peace. I want her to expunge whatever demons are lurking inside her soul. I wish her the very best … which I suppose when you add all this up is my  endorsement of Simone Biles’s decision to bow out. 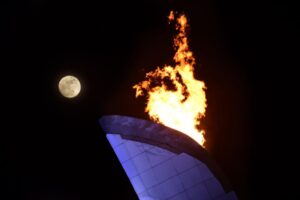 They’re going to light an Olympic flame later this summer.

It’s supposed to occur in Tokyo. It likely will occur there, even though Japan sits near the epicenter of the coronavirus outbreak that got its start in Wuhan, China, which is just a bit west of Japan.

I have been wrestling with a supreme hypothetical question: If I had tickets to any Olympic event, would I still want to attend given the extremely contagious nature of the virus that is killing people around the world? I cannot answer that question because I do not possess a ticket to any event, nor have I purchased an airline ticket to Tokyo.

However, it is a question facing potentially millions of spectators who are set to go to Japan to cheer on athletes from their nations.

Do they move the Olympic Games? Can they possibly tell the Japanese Olympic organizers to fold it all up out of fear that event spectators will be stricken by a killer virus?

I have heard that London is ready to step up if Tokyo cannot stage the Games. The Brits played host to the 2012 Olympics and, I presume, their facilities haven’t rotted into decay the way many recent Olympic venues have been allowed to deteriorate.

It’s a conundrum, to be sure.

He said this, referring to the Paralympians, according to PBS: During an event with Team USA Olympians and Paralympians at the White House, President Trump said, “What happened with the Paralympics was so incredible and so inspiring to me. And I watched — it’s a little tough to watch too much, but I watched as much as I could.”

A “little tough to watch too much”? He said that, adding that he “watched as much as I could”?

I am not going to read the president’s mind on this. I merely sit out here in Flyover Country, reading statements that come from this guy. I am left to wonder if I am able to interpret correctly his statements.

My interpretation here is that he had difficulty watching athletes with impairments that might sideline them. If that’s the case, then how can the president actually say such a thing to athletes who have excelled beyond measure? 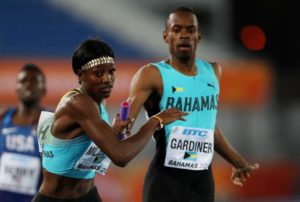 The International Association of Athletics Federations is considering an idea to allow track and field relay teams to comprise men and women competing in the same races.

It’s not as though the IAAF would allow female shot putters to compete against the men. Or pole vaulters. Or discus throwers. This idea deserves a fair hearing.

Let the women run with the men

They’ve done this already at a meet in the Bahamas. The 4-by-400 relay featured two men and two women on each team. They ran in no particular order. The home team won the event, which thrilled the fans. But the race reportedly drew a lot of attention leading up to it.

“The crowd was incredible, I still have goosebumps thinking about it. These are the kind of things we need to look at,” said Olivier Gers, head of the IAAF.

My own preference would be to have men and women running against competitors of the same gender in each leg of the relay. But what the heck, it’s not my call.

Frankly, such an event at the Olympics would spur my interest even more. I suspect it also would gin up interest around the world as well. 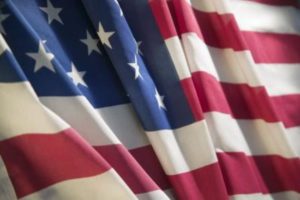 Now that we’re discussing — at least for the moment — how one should stand while singing the National Anthem, allow me this observation.

It’s been brought to my attention that as of 2009, it’s OK for military veterans to deliver a salute while the anthem is being played.

This issue came to light after U.S. gymnast Gabby Douglas didn’t place her hand over her heart while the anthem was playing as she and her teammates accepted the Olympic gold medal in Rio.

Douglas apologized for offending those who were offended. She didn’t need to do so, in my view.

Then someone reminded me of a change in anthem etiquette that now allows vets to snap a salute while the song is played.

I guess my friend was telling me that because he knows I’m a veteran.

Well, that’s nice of him to do so.

I remember how to salute properly. I just don’t like doing it while standing in civilian attire.

Why? It looks pretentious to me.

Several months ago I watched a fellow stand and salute a television while the anthem was being played during a televised athletic event. I guess the gentleman thought he was making an appropriate statement about how much he loves our country by rendering a hand salute in a public area.

I love our country, too. I can’t help but wonder: Would I have to produce my Veterans Administration card to prove I’m eligible to salute? 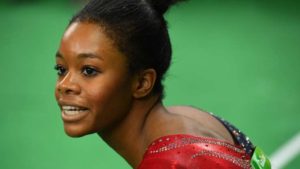 Gabby Douglas, one of the U.S.’s five gold medal-winning Olympic gymnasts, has apologized for “offending” those who were critical of her because she didn’t place her hand over heart during the playing of the National Anthem.

No apology is needed, young lady.

We are now witnessing one of the aspects of social media that infuriates me. People get on Twitter and fire off half-baked critiques and insults.

The U.S. Code of Conduct governing proper etiquette during the playing of the National Anthem added a provision in 2008 that suggests placing the hand over your heart. But the rule isn’t written into law, for crying out loud!

Gabby didn’t do a single thing wrong by standing simply at attention while her teammates place their hands over their hearts.

For the record, I don’t place my hand over my heart, either, while the National Anthem is being played. Am I disrespecting the flag, my country, or am I showing that I am less of a patriot than those who do? Hardly.

Neither is Gabby Douglas. 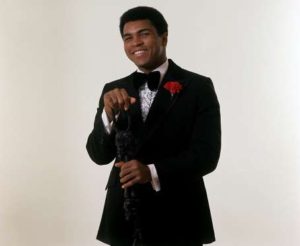 It well might be said in the next few days and weeks that Muhammad Ali was denied the greatest years of his boxing career because of his refusal in 1967 to be inducted into the U.S. Army.

There will be those who will bemoan the loss of those years because Ali had been stripped of his heavyweight boxing title because he chose to exercise his constitutional right to protest a government policy with which he disagreed.

My take on it, though, is that Ali’s refusal on religious grounds to take up arms against “them Viet Congs” and the punishment he endured by losing three-plus prime years of his boxing career only enhanced the legend that grew out of it all.

He would go on to become the “most recognized person in the world,” according to many surveys.

Muhammad Ali would stand for something far greater than just his blazing speed and power as, arguably, the greatest heavyweight boxer in history.

The Champ died Friday at age 74. Parkinson’s disease took him, finally. We knew this day would come, but oh man, this still hurts.

He was one of those sportsmen with whom I became enchanted as a youngster, dating back to the time before he won the heavyweight title — for the first of three times — in 1964. He boasted and bragged. He predicted the rounds his fights would end; the young man then known as Cassius Clay often would make good on his predictions.

Hey, the boxing world had never seen anything like him!

He beat the Big Old Bear, Sonny Liston. He then found Islam, changed his name eventually to Muhammad Ali. He kept fighting and winning.

Then came the day he was to be drafted into the Army. He couldn’t accept the order to report. It was a matter of religious belief. He made that statement that he didn’t “have anything against them Viet Congs.”

He was stripped of his title. Denied the right to make a living.

Ali didn’t go quietly. He became an iconic figure on college campuses, speaking out against the Vietnam War and against the racism that denied him his heavyweight title.

The U.S. Supreme Court would rule eventually in his favor, tossing out his banishment. Ali would return to the ring. He’d win some more. He lost The Fight of the Century to Joe Frazier, who then lost to George Foreman.

Then Ali showed the world how a “washed-up” fighter could regain the title. He knocked out Foreman in eight rounds a decade after winning the title the first time.

There would be more victories. Ali would lose his title once more, and then would regain it a third time.

Ali retired for good from boxing after getting thrashed by then-champ Larry Holmes and losing his final fight in 1981 to journeyman Trevor Berbick.

Then came the Parkinson’s diagnosis. Muhammad Ali would become a champion for another cause, becoming a spokesman for Parkinson’s awareness.

And who in this entire world could forget that electrifying moment at the 1996 Summer Olympics when The Champ stepped out of the shadows to light the torch in Atlanta? His hand was quivering, but he got the job done as the stadium crowd roared mightily. The swimmer, Janet Evans, who handed the torch to Ali said it was like “an earthquake.”

I will choose to remember Muhammad Ali as the vibrant young man who fought like hell with his fists, then fought even harder with his huge heart.

He wasn’t a perfect man. Ali merely was The Greatest.

Rest in peace, Champ. You earned it.