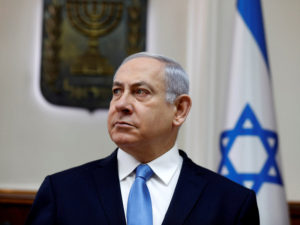 One of the things I learned about Israel when I visited the country for five weeks in the spring of 2009 is that its political diversity belies what some of us might have perceived about it.

Israeli Prime Minister Benjamin Netanyahu’s government is on the line in a national election this week and it remains within the realm of possibility that he might lose his office to someone from another party.

Netanyahu’s Likud Party has cobbled together a governing coalition, which is being challenged even in the wake of imminent threat from neighboring powers — such as Iran.

Netanyahu came to the United States in early March and delivered a speech to a joint congressional session that was meant to rally support for his coalition back home. He spoke of the need to impose greater sanctions on Iran. He did so while the U.S. government is seeking to negotiated a deal that ends Iran’s nuclear program; as such, President Obama opposes new sanctions, right now, while everyone is in the midst of negotiation.

Bibi’s speech didn’t help him back home. Some reports say his coalition is in trouble.

Why is that? Because Israelis are as divided about Netanyahu as Americans are.

During my journey through Israel, I met a wonderful couple in Haifa. I stayed in their home for several days. They are immigrants from South Africa. They moved to Israel when they both were in their early 20s; that was about 50 years ago.

They both implied a belief that Likud’s tough rhetoric doesn’t always necessarily serve Israel well. They suggested a need to be more accommodating to, say, the Palestinians who live in Israel and that Israel should stop rattling its sabers whenever trouble is brewing. In that part of the world, it seems trouble always pops up at the next dawn.

They aren’t hardliners in the mold of Likud. They want a more conciliatory government.

I’ve long supported Israel’s view that it’s best to be prepared for war. Indeed, armed conflict has been thrust on them without warning before. Israel’s enemies reside virtually no distance at all from key cities. There can be no questioning Israel’s need for constant vigilance.

Netanyahu, though, might have overplayed his hand by coming to this country to argue for a policy that doesn’t have the national support he seems to think it does.

Thus, it well might be that he owes House Speaker John Boehner a four-letter word or two for inviting him to speak to Congress without first consulting President Obama.

Then again, Bibi could have declined the invitation.