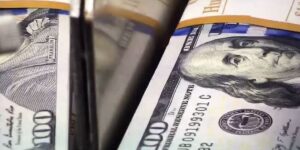 Yesterday’s socialist initiative has become an act of economic genius … in the eyes of many political observers.

Barack Obama became president of the United States in 2009 and went to work immediately to look for ways to rescue an economy in free fall. We were shedding tens of thousands of jobs each month. Unemployment was climbing toward 10 percent. The new president had to act quickly.

He and Congress managed to cobble together a massive bailout program. It helped shore up banks, the auto industry, the airline industry. Congressional Republicans and their friends in conservative media called it the most dangerous lurch toward socialism in American history.

The world was ending. Earth was going to spin off its axis. The sky would fall on us. The world as we knew it would end.

None of that happened. President Obama acted decisively, as did Congress. The loans sent out were paid back with interest. Job growth mounted. Unemployment fell. We began to pay down the federal budget deficit. The economy recovered.

Then came the coronavirus pandemic that hit early this year.

People started getting infected with a disease. Then citizens began to die. Businesses shut down. Workers got furloughed. Cities, counties and states issued stay at home orders. Our streets fell silent.

The government then had to cobble together another stimulus package. This one totaled $2.2 trillion. The checks are in the mail. Billions went to businesses.

Where, I have to ask, are the accusations of a socialist initiative? Where is the righteous indignation and anger among conservatives that the government is grabbing private industry by the throat?

Remember that this initiative came from a Republican president, was approved by a GOP-run Senate as well as by a Democrat-run House. Some Democrats yammered that the bailout was too friendly to big business and doesn’t do enough for working families. However, it sailed through Congress with a bipartisan approval.

Times have changed, yes? Actually, not as much as some would have us believe. The opposition party in 2009 comprised a lot of fear-mongering demagogues. Today’s opposition resists on vastly different grounds but in the end it signed on to do the right thing. 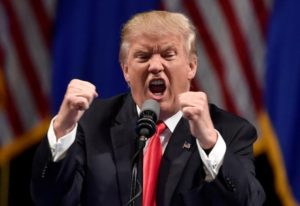 Donald J. Trump is going to stand in the U.S. House of Representatives next week to deliver his State of the Union speech.

I really am wondering how he’s going to characterize the state of our Union. Will he declare it strong? Is it vibrant? Does our Union reflect his aim to “make America great again”?

Were the president to ask me about how I view the state of our Union, I would have tell him the harsh truth as I see it. The Union is broken. It is damaged badly. It needs repair.

I get that the economy is rocking along. We’re adding tens of thousands of jobs each month. Unemployment is at near-historic lows. The economic improvement has accelerated during the first two years of the president’s term. For that I give him due credit.

However, there is so much more that is fractured.

The president cannot possibly declare, given the state of our federal functionality, declare the Union to be strong. Oh, but he’ll likely seek to do exactly that. He might draw laughter from the Democratic side of the House chamber along with the cheers that will come from the Republicans.

Our federal government is on life support. Congress and the president cannot pay for it to run for longer than weeks at a time. They are haggling over The Wall. Trump is trying to keep a profoundly stupid campaign promise to build the thing; he is trying to foist the cost on you and me while ignoring the pledge he made dozens of times that Mexico would pay for The Wall.

He will declare that there’s a “crisis” on the southern border. There is no crisis. Indeed, the only crisis I can find is within the United States, where gunmen keep killing fellow Americans. Do you remember the president’s pledge that “this American carnage” was going to stop? It hasn’t ended. He will ignore that, too.

Well, I look forward to hearing from the president. I cannot support him or his agenda. I cannot condone the way he berates his national security team, or how he insults his foes and denigrates the media.

How will he frame the state of our Union, which in reality is as divided as it has been for the past two decades? It likely will bear no resemblance to what many millions of Americans perceive. 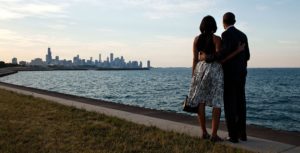 For the past 60 or so years, they usually have sat behind their big Oval Office desk and delivered remarks to virtually no one in the room, but to the TV audience way out there … somewhere.

The president tonight spoke in an atmosphere that to me made it sound more like a campaign speech than a farewell address.

OK. That’s as borderline negative as I’m going to get. I was proud to have voted twice for Barack Obama. Tonight he reaffirmed my pride in his call for Americans to rediscover all the things they have in common, that we’re all merely just citizens.

Yes, indeed, there were plenty of veiled comparisons to his successor. He implored us to steer away from divisions of Americans along racial, religious or ethnic lines. The presidential campaign we’ve just endured — in my view — was a divide-and-conquer endeavor. The president reminded us that our republic works best when we do not allow those divisions to consume us.

There were a few omissions worth noting. I heard virtually no mention of Congress, which fought him virtually at every step along the way. There was no mention of some of the foreign-policy missteps that occurred during the past eight years.

However, I intend here to give the president all the credit he deserves for this fundamental triumph.

The nation, he said, is fundamentally better off — in any measurable way you can fathom — than it was when he took office.

We are safer. Our economy is stronger. We’ve expanded civil rights protection.

Our country remains — despite the fear-mongering rhetoric of some among us — the greatest nation on Earth. 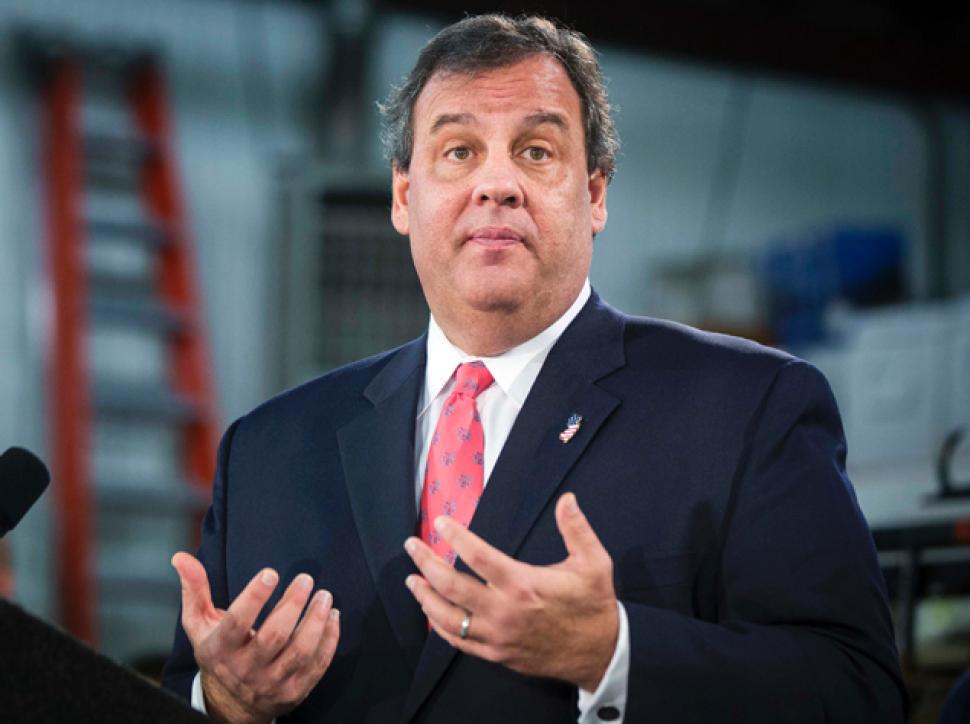 The New Jersey governor, and a probable Republican candidate for president next year, thinks the economy has tanked under President Obama’s administration.

The stock market is at record highs. Unemployment is at its lowest level in about a decade. Jobs are being created at a rate not seen since the Clinton administration, when everyone — even Republicans — say the economy was booming. The banking and auto industries have recovered. Automakers have paid back the funds they borrowed when the government bailed it out shortly after Barack Obama took office as president.

“This president is failing because he cares more about redistributing wealth than he cares about creating and growing new wealth in our economy,” Christie said on a radio talk show.

Here’s a flash: The president may be criticized for a lot of things, but the economy is in full recovery mode. Even the New Jersey governor ought to understand that.

Has the president done everything he said he’d do? No. We haven’t stabilized Middle East politics. We haven’t brought a world of peace and plenty to places that have neither. It can be argued that the war on terror hasn’t progressed as the president promised it would when he took office.

The nation’s economy — while it isn’t perfect — is in far better shape than when the 44th president moved into the White House.

Then again, when has the economy ever been in perfect condition?

Hey, what’s going on here? I’ve long considered myself to be among a distinct minority of Americans refusing to climb onto the gloom-doom bandwagon.

Now it turns out we comprise a majority of Americans who think the country is heading in the right direction.

A CNN/ORC poll says most Americans think the nation is trending correctly. It’s just a 52 percent majority, but according to CNN.com, the poll reflects the most positive outlook since 2007, the year just prior to the financial collapse.

As CNN reports: “And it marks consistent improvement in the mood of the nation over the past few months, despite a series of national security crises and continued gridlock in Washington. In September, 50 percent of respondents said things were going well.”

The falling price of oil, heating oil and gasoline is putting more money in people’s pockets, which is a good thing as the Christmas shopping season commences. Gasoline today in Amarillo is about $2.41 per gallon of regular unleaded. And OPEC announced today it would not cut production, which is going to continue to put downward pressure on oil prices as supply continues to outstrip demand.

Will any of this stop the naysayer and goofball critics from trumping up crises where they don’t exist? Oh, probably not.

I’ll just keep going about my business, acknowledging that the nation remains strong, with a positive outlook despite the yammering of those looking for political advantage.

Some things I just don’t get, such as why polls keep showing that the economy remains such a worry for Americans.

Incumbents from both parties are sweating out the election that takes place Tuesday because the economy, for crying out, is on voters’ minds.

I keep seeing the numbers and I actually am heartened by them. Joblessness is down; job growth is up; retirement accounts (such as mine) are up; budget deficits are down; energy production is up; energy consumption is down; home construction is up; auto sales are up.

Who’s badmouthing the economy? Oh, I keep forgetting. It’s foes of the Obama administration in Congress, on talk radio, on cable news shows and a smattering of right-wing economists who keep saying that the economy is in mortal danger of collapse at any minute. They grabbed Americans’ attention when the government enacted aggressive stimulus incentives in early 2009 to try to rescue the failing economy and haven’t let go.

It appears from my vantage point that the economy has been in full recovery mode for about a year, but the doom-and-gloomsayers keep instilling this fear in us that it’s all about the collapse.

OK, it’s not rosy in every corner of the country. As the link attached to this blog notes, some governor are taking it on the chin because job growth isn’t what it should be. Other governors, such as the one in Texas, are crowing about superior growth and are taking all the credit they deserve — and even more than they deserve — for that growth. That’s all fine.

So help me, though, while I might be slow on the uptake a lot of the time, I fail to understand how the economy continues to strike such fear across the land.