How in the name of sound policy does a “conservative” Republican governor who touts his state’s “business-friendly” climate issue an executive order that demands private businesses refrain from issuing mandates that could save the lives of employees and customers?

That is what Texas Gov. Greg Abbott has done in his ongoing fight to defy President Biden’s effort to get businesses and government agencies to do their part to rid the nation and the world of the COVID-19 virus.

So help me, I don’t get it. Then again, there are a lot of things about GOP governing strategy that go beyond my ability to understand. This is just one of them.

Abbott issued an executive order that prohibits private business owners from taking steps that could prevent the spread of a killer virus. Where I come from, I call that “government intrusion.” Oh sure, Abbott and his minions say that Biden and his supporters are intruding into private business affairs through their vaccine and mask mandates. I am going to side with the president on this one. Big surprise … huh?

Gov. Abbott’s order actually is inviting businesses to join him in defying a national effort aimed at protecting us against the virus. Let’s see, the virus has killed more than 700,000 Americans already. Right? So the president wants to incentivize Americans into getting vaccinated and to take measures to protect themselves — and others — against a deadly infection.

Gov. Greg Abbott has just tossed the state’s pro-business playbook into the crapper. Good luck trying to retrieve it. 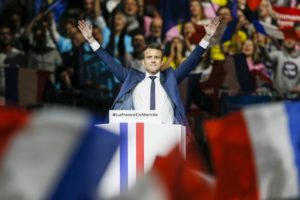 Is there a lesson to be learned from the French presidential election?

It is that terror need not sway an informed electorate.

Moderate centrist Emmanuel Macron today became the youngest person ever elected president of France, defeating far-right extremist Marine Le Pen. It was Le Pen who sought to parlay certain elements of fright into an electoral victory. The source of that fear and loathing was the spasm of terrorist violence that has befallen France since 9/11.

Macron sought a different course for France. He wants to keep his country involved with the rest of Europe and the world, unlike Le Pen, who sought to retreat into a “France-first” dogma that mirrors much of what helped propel Donald J. Trump to victory in the 2016 U.S. presidential election.

Trump called for a ban on Muslims seeking to enter the United States; he wants to build that wall along our southern border; he is seeking to restrict travel of refugees fleeing several majority-Muslim countries. Why? Because he wants Americans to live in fear of further terrorist attacks.

The French know all about the horror of radical Islamic terrorism. Yet they rejected Le Pen’s platform of retreat.

And if you think about it, France’s decision to go with Macron mirrors earlier presidential elections in The Netherlands and Austria, where voters turned back isolationist presidential candidacies in favor of continued engagement.

I wrote in an earlier blog about how the paltry voter turnout in Amarillo shouldn’t be interpreted as a “mandate” for sweeping change at City Hall.

Get a load of this: Seventy-four percent of France’s registered voters turned out to give Macron a 30-percentage-point victory over Le Pen.

I would call that a mandate. 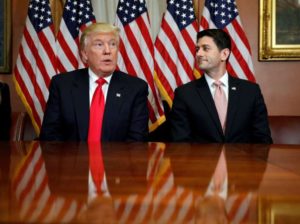 There goes the “m-word” again.

Congressional Republicans say they have a mandate to reel in government spending, to launch a true-blue conservative agenda and, presumably, to enact sweeping social legislation.

How does that comport with the president-elect’s agenda, as if one can figure it out?

Donald J. Trump wants to build a wall, keep Muslims from entering the country and plans to appoint pro-life judges to the federal bench. Oh, he’ll bring back jobs, cut taxes — and he’ll repair all the nation’s roads and bridges at a cost of about a trillion dollars.

Can the president-elect forge some common ground with the conservatives who control the congressional agenda?

Suffice to say he lacks any hands-on experience — at any level — with working with politicians of any party, let alone his own.

Donald Trump is creating a government on the fly. It’s on-the-job training for the new head of state/head of government/commander in chief/leader of the free world.

Will he listen to the pros who know how this government of ours works?

One can hope. Frankly, though, my serious doubts persist.