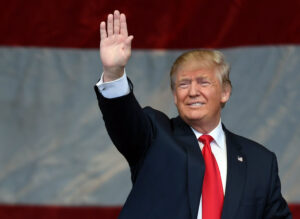 Really and truly, nothing that flies out of Donald Trump’s mouth surprises me.

Still, when he sought to compare the shooting of a black man seven times in the back to “choking” the way a golfer does while standing over a three-foot putt, well …

Donald Trump’s skill at saying the most inappropriate things, using the most ghastly metaphors is simply jaw-dropping.

Trump went to Kenosha, Wis., today to stand with police officers. Some of the Kenosha cops got involved in a shooting that left Jacob Blake paralyzed. One of them shot the young man in the back seven times. The shooting has caused considerable unrest in Kenosha and helped reignite Black Lives Matter demonstrations in other U.S. cities.

I must add that Trump did not plan to meet with Blake’s family during his visit to Kenosha. Are you surprised to hear that? Of course you’re not. It’s Trump’s modus operandi to demonize protesters who march against police brutality against minorities.

Make no mistake as well that Trump is not at all equipped to express any sort of empathy or compassion for these shooting victims.

Instead, he talks about how a cop must have “choked” the way a golfer does while missing a short putt. “It’s called choking,” Trump told Fox News interviewer Laura Ingraham, who in the moment sought to tell Trump that the comparison was, shall we say, not appropriate. Trump wasn’t hearing it.

I am left to ask: Do we really want four more years of this kind of boorishness from the man who masquerades as the leader of world’s greatest nation? 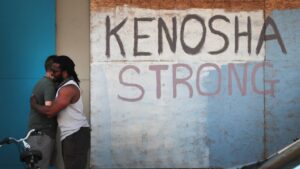 A friend of mine in Amarillo posted a question on Facebook that wonders whether we should care about what pro football, hockey, baseball, soccer and basketball players think about police brutality.

Pro athletes are protesting the shooting of a young black man in Kenosha, Wis., who police shot at seven times, hitting him with four rounds in the back. The young man, Jacob Blake, is paralyzed; it might be permanent paralysis.

Meanwhile, a white teenager allegedly killed two protesters who were marching for justice in the earlier mentioned case. He walked past police officers with an assault rifle. He was allowed to go home that night. He surrendered the next day. I won’t mention the alleged shooter’s name because I don’t want to give him any more publicity than he deserves.

The first incident involved a man who was fleeing the cops. He had turned his back on them. They shot him with a Taser, then with a pistol. The other one involved a young parading down the street brandishing a rifle, yet no police officer thought to question him.

Again, the first man is black; the second man is white.

That is why the pro athletes are upset. It is why they are boycotting the games they are supposed to play.

It also is why their voices are worth hearing and heeding as they seek justice in an unjust world.