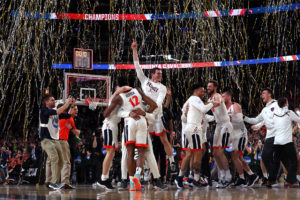 Donald and Melania Trump are going to stand alone.

They will become the first-ever consecutive-year no-shows at the Kennedy Center Honors ceremony that recognizes the cultural contributions of noted artists.

The first couple stayed away a year ago after it was revealed that some of the 2017 honorees wouldn’t attend if the Trumps were present. They oppose the president’s policies deeply.

This year? It appears to be the same issue that has arisen. One of the honorees, Cher, is a vocal critic of the president.

This kerfuffle is yet another example of the intensity of the polarization that the president brings even to ceremonial events that usually involve the leader of the nation. The Trumps now become the first ever two-years-in-a-row absentees in the 41-year history of the event.

The Trumps issued a statement that said they would stay away to “allow the honorees to celebrate without any political distraction.” That’s a euphemism for the blunt truth, which is that the level of criticism of Trump by many in the entertainment industry would drown out any celebration offered at the Kennedy Center for the Performing Arts.

This is a rather troubling development, if you want my view on it. I wish it were different. I wish the president and first lady could feel comfortable attending this event. It’s not to be.

What’s more, my sense is that the Trumps won’t attend any of them for as long as they live in the White House.

This is the least surprising development of the past few days regarding the presidency of Donald John Trump Sr.

The president and first lady are going to skip the Kennedy Center Honors annual ceremony. You wonder why? You know the answer, but I will offer my version of the rationale anyway.

The White House issued a statement that said the Trumps want the honorees to enjoy the ceremony without the “distractions” that have been swirling around of late.

Put another way: The president doesn’t want to get booed out of the Kennedy Center for the Performing Arts building where the ceremony will take place later this year.

I get that. No president wants to be scorned during an event designed to honor the contributions to the arts by notable entertainment celebrities and artists.

Three honorees — TV producer Norman Lear, singer Lionel Richie and dancer Carmen de Lavallade — have said they would boycott the ceremony because of the firestorm that the president has ignited related to the Charlottesville, Va., riot. A fourth honoree, rapper/actor LL Cool J, hasn’t yet said whether he’ll attend; a fifth honoree, singer Gloria Estefan, said she’ll got but plans to try to persuade the president to change his tune about immigration policy.

This annual event usually features a first couple appearance at the Kennedy Center. Presidents and first ladies hobnob with the honorees and other invited guests. It’s one of the social events of the year.

The current president, though, has managed to make a mess of even that with his remarks after the riot that “both sides” were to blame for the violence. He then effectively put the hate group participants on the same level as those who gathered in Charlottesville to form a counter protest that turned violent and deadly.

Trump has a dicey relationship as it is with the arts community, given his cozying up with those who are anathema to the prevailing world view among artists. I don’t know about you but I am pretty sure you won’t find many artists aligning with white supremacists, Nazis and Ku Klux Klan members.

It’s all just as well that the Trumps stay away.