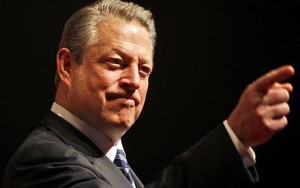 Here’s a fact of political life in America.

When there’s no incumbent involved in a campaign, you invite all comers to seek the office that’s being vacated. Everyone, or so it seems, becomes interested in the office at stake.

Such is the case with the White House. A two-term president, Barack Obama, is prohibited from running again. He’s bowing out in January 2017. The Republican field is as full as I’ve seen it in more than four decades watching this stuff; 16 men and one woman are running on the GOP side. It’s becoming quite an entertaining spectacle — to say the very least.

The Democrats? Well, until about two, maybe three weeks ago, it seemed that Hillary Clinton had that nomination in the bag. She still is the heavy favorite.

But she’s not going to anointed as the party nominee next summer, or so it appears. Vermont U.S. Sen. Bernie Sanders has closed a once-huge gap. Former Maryland Gov. Martin O’Malley is taking aim at Clinton, as is ex-Rhode Island Gov. Lincoln Chafee. We haven’t heard much yet from ex- Virginia U.S. Sen. Jim Webb.

But now we hear of a couple of big names — as in really big names — possibly entering the Democratic Party primary field.

One of them is Vice President Joe Biden.

The other? Get ready: It might former Vice President Albert Gore Jr.

Some media outlets are reporting that “insiders” are discussing the possibility of a Gore candidacy. My reaction? Holy crap!

He damn near was elected in 2000, winning more popular votes than George W. Bush, who was elected because he won a bare majority of electoral votes. What many folks have forgotten about that election is this: Had the vice president won his home state of Tennessee in 2000, there would have been no recount controversy in Florida, no “hanging chad” examination, no narrow Supreme Court ruling to determine who won that state’s critical electoral votes. Gore lost his home state to Bush. There you have it.

This election already is shaping as the most entertaining in at least a couple of generations. The thundering herd of Republicans is being overshadowed by a billionaire hotel mogul/entertainer/wheeler-dealer. The Democratic field is being dominated by a self-proclaimed “democratic socialist” drawing huge crowds and a former secretary of state with growing problems stemming from her use of a personal email account to conduct State Department business.

Will two men who’ve served a “heartbeat away” from the presidency now join the field?

We know that Vice President Biden is considering it. As for Al Gore? Stay tuned and hang on … maybe.

Count me as one who welcomes the entry of Jim Webb into the race for the Democratic Party presidential nomination.

It might be his military experience, although as an Army veteran myself, I cringe — good naturedly, of course — at the idea of a Marine running for president of the United States.

Perhaps it is the fact that he has executive experience running the Department of the Navy.

Maybe it’s his understanding — gained through his experience serving in Vietnam — of the trials and fears of the young men and women we send into combat.

Hey, it might even be that he served in a Republican administration, which gives him an appreciation of the need to reach across to those on the other side of the political aisle.

Webb jumped into the race today. He’s now the fifth Democrat to declare.

Yes, he frontrunner remains Hillary Rodham Clinton, who’s no slouch herself in the realm of government experience.

The other three are running to the left of HRC, led by avowed “Democratic socialist” Bernie Sanders. Martin O’Malley and Lincoln Chafee are seeking to join Sanders on the fringe left edge of their party.

Meanwhile, Webb — a former U.S. senator from Virginia — is camped out squarely in the middle.

Still, it well might be that Webb’s own military experience in combat during the Vietnam War has prepared him to avoid future blunders abroad. “I warned in writing five months before that (Iraq)  invasion that we do not belong as an occupying power in that part of the world, and that this invasion would be a strategic blunder of historic proportions, empowering Iran and in the long run China, unleashing sectarian violence inside Iraq and turning our troops into terrorist targets,” he said in announcing his presidential campaign.

Does he have a chance of derailing the HRC express? Maybe, to borrow a phrase, a puncher’s chance.

I almost forgot about Jim Webb. He’s a Democrat who’s also running for president of the United States. Or at least he’s thinking about it.

I didn’t even mention Jim Webb, the former U.S. senator from Virginia.

It might be that I keep forgetting that Webb is even a Democrat. He served the Reagan administration, for crying out loud, back in the 1980s.

Webb, though, has a nice following of supporters around the country who admire him — as I do — for his service in Vietnam as a Marine and his no-nonsense approach to governing.

Future blog posts will have to mention this fine man.

The Hill newspaper has a headline that shouts that actual and potential Democratic candidates for president lack “diversity.”

The Democratic “bench” is too, um, bland … or some such thing.

The trio of mug shots that accompany the news story attached here tell me something quite different.

* Hillary Rodham Clinton is, quite obviously, a woman. She was first lady for eight years from 1993 until 2001. She served in the U.S. Senate and then as secretary of state. Enough said there.

* Jim Webb is a former U.S. senator from Virginia. He’s a Vietnam War veteran. He saw combat as a Marine. He served in the Reagan administration, not exactly a bastion of progressive principles.

* Bernie Sanders is an independent U.S. senator from Vermont. He’s a card-carrying, say-it-loud-and-proud socialist. He makes no bones about his share-the-wealth philosophy.

Oops. I just did.

Those three individuals look pretty diverse to me. They each bring a different set of governing principles to a presidential campaign.

Only one of them, Clinton, has declared her candidacy. Webb has formed an exploratory committee, while Sanders is keeping his options open.

I get what The Hill means, though, about the lack of “diversity.” It refers to the Republican field that so far has two Hispanic candidates — Sens. Ted Cruz and Marco Rubio. There well might be a woman, Carly Fiorina, in the mix as well. An African-American, Ben Carson, is likely to run.

Let us not dismiss the potential Democratic primary field as being bland and one-note boring.

Among the possible field of three — Clinton, Webb and Sanders — one can find plenty of ideological diversity.