I want to stand with an embattled Republican U.S. senator who chose to honor his sacred oath rather than following a path toward blind partisan fealty.

Mitt Romney, the GOP’s 2012 presidential nominee, voted to convict Donald John Trump on an allegation of abuse of power when the Senate cast its vote to acquit the current president. 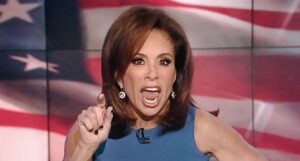 That has brought a barrage of scorn and recrimination from Trump’s loyalists. One of them is Fox News talker Jeanine Pirro, a former judge from New York who said this, according to The Guardian: “get the hell out of the United States Senate,” while claiming that “your dream of endearing yourself to the Trump-hating left is a joke.”

Sen. Romney, a freshman from Utah, is more of a Republican than Pirro or her Fox pals ever have been or ever hope to be. He is a man of deep religious faith. He takes the oath he took to deliver “impartial justice” as seriously as he could take any oath he’s ever taken.

So he voted to convict Trump on a single charge brought to the Senate from the House of Representatives impeachment. Trump was still acquitted. Romney’s vote didn’t matter, a point he made while declaring his intention to cast a “guilty” vote in a speech on the Senate floor.

I am reminded a bit by a former Republican House member I got to know well while I worked as editorial page editor of the Amarillo Globe-News.

Larry Combest represented the 19th Congressional District, which for a time included the southern portion of Amarillo. In the mid-1990s, Combest resisted a GOP-led farm policy overhaul. It was called “Freedom to Farm.” Combest stuck it in then-House Speaker Newt Gingrich’s eye when he opposed the Freedom to Farm legislation.

Gingrich demanded loyalty to the party platform. Combest was unwilling to grant it. Why? Because the farmers and ranchers in West Texas — for whom Combest worked — opposed the legislation. Combest was more loyal to them than to the House party leadership.

Accordingly, Mitt Romney was more loyal to the oath he took than to the president of the United States. Mitt Romney didn’t get my vote for POTUS in 2012. He gets my undying respect now.

You would think the president of the United States would have a plate that overflows with crises that demand his undivided attention, that he would have no time to burst out Twitter tirades railing against the “fake news” media and other imagined enemies.

Donald J. Trump fires off a Twitter message that reads, in part:

Bring back @JudgeJeanine Pirro. The Radical Left Democrats, working closely with their beloved partner, the Fake News Media, is using every trick in the book to SILENCE a majority of our Country. They have all out campaigns against @FoxNews hosts who are doing too well.

Fox condemned Pirro for remarks she made about Rep. Ilhan Omar, a Muslim elected to Congress in 2018 from Minnesota. Pirro said Omar favors teaching Sharia law in classrooms. Why? Because she wears a hijab.

Fox issued a strongly worded statement condemning Pirro’s utterance. She’s been off the air for about a week.

So then Donald Trump enters the fray, demanding that Fox return Pirro to the air.

C’mon, Mr. President! Focus your attention — to the extent that are able — on issues that matter. A media outlet’s personnel decision is its to make.

You, sir, have matters of state that should concern you.

I didn’t watch Whoopi Goldberg and Jeanine Pirro plunge daggers into each other’s backs in real time. I caught up with it later.

I am filled with a couple of thoughts I want to share.

“The View” invited Pirro on the show to discuss, I presume, the state of affairs regarding the president.

Didn’t anyone on the show — or on Pirro’s staff, for that matter — anticipate that these two foes/enemies would end their confrontation in such a heated manner? Had it occurred to anyone, they might have thought better of inviting this kind of rage to present itself … on daytime television!

Goldberg should be ashamed of herself for treating a guest on the show in the manner that she did. However, I won’t join the right-wing media campaign to persuade ABC-TV to fire Goldberg and/or cancel “The View.”

But if there was any demonstration of the state of our political discourse these days, it revealed itself on a talk show that over the years has been a breeding ground for the co-hosts and their guests to vent their visceral anger at each other in ways that give “political debate” a bad name.