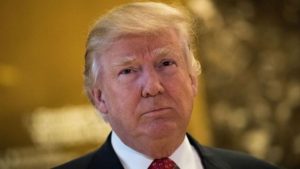 Jake Tapper’s tweet — posted above — actually understates how one should consider a president who seeks to prejudice a jury that is considering whether to convict or acquit someone of a major felony.

It is far worse than “inappropriate” for a president to rail against a trial involving a former top campaign official. I would call it something more akin to reprehensible, contemptible, disgraceful.

Yet this president sees nothing at all wrong with saying that a trial involving his former campaign chairman, Paul Manafort, is “unfair” and that the court is trying to railroad him. He tells us that Manafort is an upstanding individual and a “good man.”

Manafort’s fate now is in the jury’s hands. He was indicted and brought to trial on charges involving tax evasion and money laundering. He faces a possible life term in prison. Manafort’s indictment was brought by the grand jury that received a complaint from special counsel Robert Mueller.

The prosecution presented witnesses. Manafort’s defense team was allowed to cross examine them, which did with vigor.

Normal presidential protocol would dictate that a president keeps his trap shut on a criminal proceeding. This one now is headed for a verdict. Yet Donald Trump keeps yapping, he keeps seeking to influence the outcome from the peanut gallery.

Perhaps we shouldn’t be surprised. Maybe we shouldn’t be appalled. I mean, this kind of ignorant approach to what I would call a form of jury tampering is part and parcel of Trump’s utter lack of understanding of presidential protocol, let alone of judicial conduct.

This individual, the president, is completely out of control. 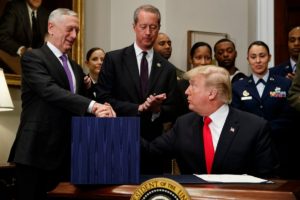 Oh, my goodness. Donald John Trump spent a lot of time today thanking damn near every veteran in politics for their service to the country. His thank-a-thon preceded his signing a $717 billion defense spending bill.

Oh, I forgot to mention that one veteran did not receive a presidential thank you.

That would be U.S. Sen. John McCain, chairman of the Senate Armed Services Committee. I’ll add, too, that Congress voted to name the defense bill in McCain’s honor.

Still, Donald Trump ignored the Arizona Republican while tossing all those bouquets.

There’s much more. Sen. McCain spent more than five years during the Vietnam War as a prisoner of the North Vietnamese after his Navy jet fighter was shot down over Hanoi in 1967. He was beaten, kept in solitary confinement, denied proper medical treatment for his wounds.

However, he and the president don’t exactly get along.

McCain has been battling an aggressive form of brain cancer. And, I should add, he cast a decisive vote against a Republican effort to repeal the Affordable Care Act, which torpedoed Trump’s effort to remove former President Barack Obama’s signature piece of domestic legislation.

I’ll add, finally, that presidential candidate Trump said in 2016 that Sen. McCain was a “war hero only because he was captured.”

CNN anchor Jake Tapper today took a moment to thank Sen. McCain for his service to the country. He said: “One person who wasn’t on that list of people that he thanked? Outspoken Trump critic and the namesake of the bill, Sen. John McCain,” Tapper said. “You know, the decorated war hero who was a prisoner of war and continues to serve as a United States senator, the chairman of the Senate Armed Services Committee.”

Tapper said, “Since President Trump would not do it, let us here on ‘The Lead’ congratulate Sen. John McCain and his family, and thank him for his service to the country.” 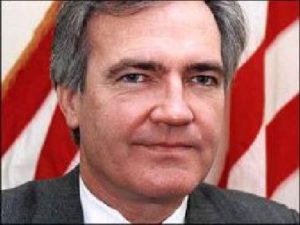 Some of them stick in the minds of those who’ve been supporting his Republican presidential campaign.

This one, though, belongs in the trash bin.

In his effort to smear Democratic Party frontrunner Hillary Rodham Clinton, Trump has thrown out the name of one Vincent Foster, a close friend of Hillary and Bill Clinton who in 1993 went to a park in Washington, D.C., and killed himself.

So, what did Trump do? He called Foster’s death “fishy.” He’s now resurrecting a long-debunked notion that the Clintons had somehow been parties to their dear friend’s death. Right-wing hatemongers dredged up conspiracy theories throughout most of Bill Clinton’s presidency.

Tapper said: “The notion that this was a murder is a fiction born of delusion and untethered to reality and contradicted by evidence reviewed in at least six investigations, one of them by Ken Starr, hardly a Bill Clinton defender.”

Trump, though, has thrown out this ridiculous notion.

I am reminded of the scolding that Joseph Welch, special counsel to the Army, during those infamous Senate hearings in the 1950s when Sen. Joseph McCarthy was looking for communists operating within the federal government.

Welch asked McCarthy, “Have you no sense of decency?”

Donald Trump long ago sunk to those depths. His latest outrageous accusation is despicable in the extreme. 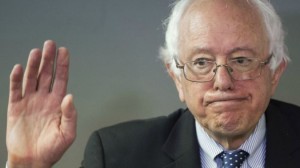 Sen. Bernie Sanders tries to make a lot of hay about his authenticity, that he’s just one of us, that he’s campaigning for the little guy.

I get his message as he battles Hillary Clinton for the Democratic Party’s presidential nomination.

But this morning on CNN, the distinguished gentleman from Vermont fluffed a direct question from “State of the Union” host Jake Tapper: Why won’t you release your tax returns, as Secretary Clinton has done for the past eight years?

His answer? “My wife does our tax returns and I’ve been a little busy.”

Americans heard some kind of song-and-dance from Republican frontrunner Donald J. Trump, who said he couldn’t release his returns because he was being audited for the past 12 consecutive years. That, too, is a stretch.

However, these returns have become part of the effort to improve transparency among all the candidates running for president.

It seems to many of us that it’s especially critical to see the tax returns from candidates who keep purporting to be champions for “wage equality” and who keep blasting the “top 1 percent” of income-earners for getting rich while the rest of us are struggling to make ends meet.

Mrs. Sanders does his tax returns? They’ve been “busy”?

Get real, senator. If your returns are straightforward and uncomplicated as your campaign message would seem to imply, then releasing the records wouldn’t be that big a deal.

This, sir, simply goes with the territory. Candidates who ask voters to entrust them with governing the world’s richest and most powerful nation should expect demands to see if they, too, are living up to the high-minded rhetoric they espouse on the campaign trail. 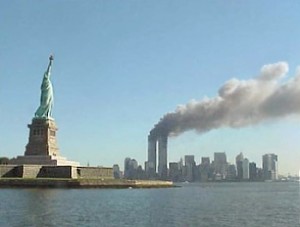 CNN’s Jake Tapper might have asked the most incisive and insightful question of the 2016 president campaign.

Over the weekend on “State of the Union,” Tapper asked former Florida Gov. Jeb Bush the following question: “Obviously Al Qaeda was responsible for the terrorist attack of 9/11, but how do you respond to critics who ask, if your brother and his administration bear no responsibility at all, how do you then make the jump that President Obama and Secretary Clinton are responsible for what happened at Benghazi?”

Gov. Bush answered this way: “Well I — the question on Benghazi which, is hopefully we’ll now finally get the truth to, is was the place secure? They had a responsibility, the Department of State, to have proper security. There were calls for security, it looks like they didn’t get it. And how was the response in the aftermath of the attack, was there a chance that these four American lives could have been saved? That’s what the investigation is about, it’s not a political issue. It’s not about the broad policy issue, is were we doing the job of protecting our embassies and our consulates and during the period, those hours after the attack started, could they have been saved?”

Did you follow the former governor’s answer? I had trouble getting the connection.

Bush once was thought to be the favorite for the Republican presidential nomination next year. He’s no longer the front runner, based in part on the stumble-bum answers he’s given to questions regarding whether President Bush — Jeb’s big brother — was responsible for the 9/11 attacks.

Gov. Bush said his brother “kept us safe” during his presidency. Hmmm. The loved ones of the 3,000 or so Americans who died on that terrible day might disagree with that view.

The attack occurred nine months into Bush’s presidency. He had been briefed by national security advisers about the threat that al-Qaeda posed. He was warned in advance about the possibility of an attack. The massive intelligence apparatus that we employed did not do its job in protecting the nation.

Is that the president’s responsibility? Well, gosh, it seems that the commander in chief ought to be held accountable. However, Gov. Bush chooses to avoid holding his brother accountable for that breakdown.

As for Tapper’s question, it still requires some clarity in the answer.

If George W. Bush doesn’t deserve blame for the tragedy that befell us on 9/11, how can Hillary Clinton and Barack Obama be held responsible for the Benghazi attack that occurred 11 years later to the day?

Is there a double-standard being applied?

The Donald opened himself up for some snickering.

I’ll admit that I snickered a bit when I heard Donald Trump declare that he favors “traditional marriage” and that he disagrees with the Supreme Court decision to legalize gay marriage.

I won’t pass judgment here. Members of my family have been married more than once.

But this is the kind of thing that The Donald will face as he answers questions from the media while he campaigns for the Republican presidential nomination.

He’s on his third marriage. He’s been divorced twice. Trump’s life is now officially an open book — not that it wasn’t before he declared his presidential candidacy.

When the host of CNN’s “State of the Union,” Jake Tapper, pressed him on the traditional marriage matter and whether he was qualified to speak on it, given his own marital history, Trump talked of how his business activity got in the way of his relationships.

To his credit, Tapper told Trump he didn’t care to hear why his first two marriages failed.

When The Donald, though, steps into some of these particularly tricky issues, he’d better watch where his foot lands. There could be a political land mine or two out there.