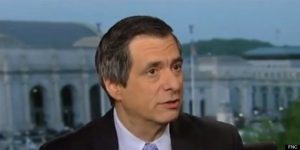 I get that Howard Kurtz, who once worked for the Washington Post, now is a media analyst for a pro-Donald Trump cable news outlet, the Fox News Channel. Thus, he is inclined to speak more kindly of the president and those close to him than others who tend to look more critically at the Trump Era.

He told Laura Ingraham, another Fox News “contributor,” that first lady Melania Trump has gotten the worst media treatment of any first lady in modern times. He said: “Melania is subjected to a particularly brutal kind of treatment and mockery . . . No other modern first lady has been treated like this.”

Kurtz cannot be serious. Can he? I guess he can — in his own mind.

Let me offer a couple of examples that I submit would contradict his view of Melania Trump’s media treatment: Michelle Obama and Hillary Rodham Clinton.

I’ll stipulate that first ladies as a rule deserve some cushion from the pounding that the media deliver to their husbands. To that extent, Melania Trump is no different from any of her predecessors.

However, do I really need to remind Kurtz of the hideous racially tinged, defamatory insults that those on the right hurled at Michelle Obama during her eight years as first lady? And, yes, the media reported it. I do not want to restate some of the monstrous epithets she endured. You know what they are. Michelle Obama damn sure does.

As for Hillary Clinton, has Kurtz forgotten how the media reported on the far right’s accusations that Hillary and Bill Clinton were actually living as husband and wife, or that the two of them actually ordered the murder of their political opponents in the years prior to President Clinton’s election in 1992?

Have the media gone that far in their treatment of Melania Trump?

I do not believe that is the case. Thus, Howard Kurtz needs to re-calibrate his media-analyst antennae. Dial it back, Howie, on your criticism of the media as it relates to Donald and Melania Trump. 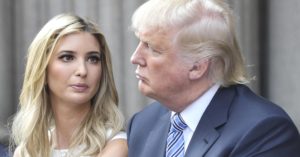 I believe I have an answer. Not the answer, mind you.

It’s because Ivanka has become part of her father’s key advisory team, along with husband Jared Kushner. She’s no longer just a charming, poised entrepreneur who stood by Dad while he campaigned for the presidency. She’s now part of the team, part of the inner circle, one of the president’s key advisers.

Kurtz seems a bit alarmed at the apparently sudden turn by the political media. Hmm. Why should it surprise him?

The media have done this many times in the past — and for reasons that have nothing to do with presidential children’s role in shaping public policy.

George W. Bush’s twins — Barbara and Jenna — became media fodder after they got into some trouble in college; conservative critics of Bill and Hillary Clinton turned their guns on Chelsea during their time in the White House over the teen’s awkward appearance; Malia Obama got her share of snark from media critics, too, after she enrolled at Harvard.

By the way, is it me or do the media take special aim at presidential daughters while looking the other way when presidents are the fathers of sons?

Ivanka Trump is treading down uncharted paths as a presidential child who’s been handed a portfolio that enables her to speak publicly about policy matters. She and Jared aren’t getting paid for their presidential posts, but they still have a big influence on Daddy Donald.

I respect Howard Kurtz and his role as a media critic. He’s done it for some time at the Washington Post, the Daily Beast, CNN and now at Fox.

I’m betting Ivanka Trump knows what’s coming as she exerts greater influence on the policies that emanate from her father’s administration.

I do agree with one element of Kurtz’s questioning of the media. Challenging the advice that Ivanka gives her father is one thing. The insults and innuendo are quite another.

As a brief aside, I’ll note that one of Kurtz’s colleagues at Fox, Jesse Watters, has just announced he is going on “vacation” after he made some ghastly, sexually charged remarks about Ivanka after her appearance in Berlin with German Chancellor Angela Merkel and International Monetary Fund chair Christine LeGard.

The president was dialed in to life in the public eye as a successful businessman. Ivanka and her brothers Don and Eric had managed to stay pretty much out of the media glare. Then dear ol’ Dad had to run for — and get himself elected — president of the United States.

That’s when it all changed.

Howard Kurtz, savvy media critique that he is, has posited the theory that the media are hyping up the “scandal” involving deflated footballs and whether the New England Patriots cheated their way into the Super Bowl because, well, it’s good for ratings.

Writing on FoxNews.com, Kurtz wonders precisely why the media have become fixated with this story. The Patriots, after all, clobbered the Indianapolis Colts in the AFC championship game this past weekend. The notion that they purposely deflated footballs to make them more catchable had zero bearing on the outcome of the game, according to Kurtz.

The media might start concocting conspiracy theories any moment now and might start ascribing all kinds of evil intent on the Patriots.

Kurtz has one idea on what might be driving this media interest. He writes: “Much of the sports media can’t stand Bill Belichick, the Patriots coach. He openly treats reporters with disdain. He’s become a symbol, fairly or unfairly, of sports arrogance and immorality.”

What’s more, as Kurtz says: “At his presser yesterday, Belichick looked nervous, defensive, ticked off to be there, as if he were undergoing a root canal. When he got done with a halting monologue denying any knowledge of ball tampering, he gave one-sentence answers to a few questions and cut it off.

“Every good scandal story needs a villain, and Belichick is it — especially because he was fined $500,000 in the 2007 Spygate incident, where the Pats secretly videotaped the Jets’ defensive coaches’ signals.”

In the grand scheme of serious public policy issues, this one ranks — oh, I don’t know — perhaps nowhere.

But it does involve entertainment celebrities, aka known as highly compensated professional football players.

It’s all too bad. My fear now is that with the Super Bowl now barely more than a week away and with all the pregame hyped planned prior to the game, the media are going to overlook what could be an exciting sporting event between two talented football teams.

Instead, they’ll seek to solve the mystery of, “Who in the hell deflated those footballs?”