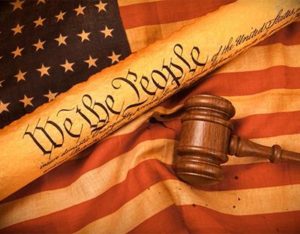 I am running out of ways to express my astonishment at Donald Trump’s categorical ignorance of the limits of the office he occupies.

The president of the United States has gotten so damn angry with U.S. businesses that he has actually ordered them to stop doing business with the People’s Republic of China.

Trump has this teeny-tiny problem staring him in his orange-hued face, however. It’s that thing called the U.S. Constitution. I’m pretty sure the nation’s governing document doesn’t give the president the authority to issue such an order.

The president’s power is limited for a reason. The founders who wrote the Constitution did not want the nation’s chief executive to wield dictatorial authority. They were smart in that way, you know. They were the direct descendants of those who fled tyranny in Europe. Indeed, the founders were so angry with England’s King George III that they decided to revolt against him and to form a nation and a government that did not place such ham-handed power in a single individual.

So what’s the deal with the 45th president? He already has declared a trade war with China. He has imposed tariffs that will harm U.S. consumers. China is responding with tariffs of its own on U.S. products. The result of this chaos has sent investors into frenzied, frantic panic.

Now the Goofball in Chief is “ordering” business moguls to stop trading with China?