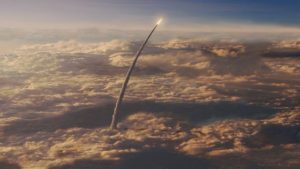 NASA has just launched another rocket with a payload bound for Mars. It’ll get there in due course, land and then stick a probe into the Martian dirt to hunt for signs of life.

All of these unmanned missions make me long for a return to the manned events, those with human beings launched into space. Maybe one day we’ll send folks into deep space to explore the way only humans can do.

I hope to live long enough to watch it happen. I plan to clench my fists tightly during the entire mission, just as I did when I would await the Mercury, Gemini and Apollo launches with my mom during the 1960s.

That brings me to another story I want to retell here.

In the 1980s, NASA had this bold idea to send a journalist into space. The space agency put the word out to all working American journalists — print and broadcast — and asked them to apply.

Being the space junkie I was at the time — and remain, to a lesser degree in my older age — I applied. I filled out the application and submitted what I thought was a brilliantly worded essay explaining why NASA should pick little ol’ me to chronicle space flight in real time to the world sitting 200 miles below the orbiting craft.

I was living and working in Beaumont, Texas, at the time. NASA headquarters is situated just west of Beaumont in Houston. I figured, hey, if they pick me NASA ‘s travel costs would be next to zero!

I waited. And waited some more. I began grousing about not hearing anything from NASA about the status of my request to fly into space. Then a colleague of mine at the Beaumont Enterprise sought to “reassure” me, to “comfort” me against the anxiety I was feeling. I mentioned to my colleague Rosie that NASA was probably going to go with some big hitter, some network news star everyone knew.

I took that as a compliment of sorts.

The journalist in space launch never occurred. NASA then sought to launch a teacher into space. A teacher boarded the shuttle Challenger on Jan. 28, 1986 and then died along with her crewmates 73 seconds after liftoff when the ship exploded.

I plan to live forever with the proverbial “what if?” question that will lurk in my noggin. It comes me to every time I hear of a space flight and as I await the day we return human beings to space. 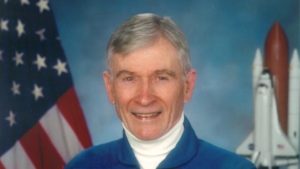 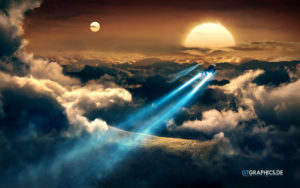 John Glenn’s death reminded many of us old enough to remember such things about how space travel once thrilled the nation.

It was a new thing back then, when Glenn orbited the planet three times in just a little less than five hours. We were riveted to our TV screens. We held our breath. We prayed for the safe return of these men.

Then, oh so strangely, space flight became “routine.” Routine! Are you kidding me?

How ridiculous! You put human beings on top of a missile loaded with flammable fuel, light the rocket and hurl these humans into orbit at 17,000 mph. That becomes routine?

We launched men into orbit during the Mercury space program. Then came the Gemini program that featured two-person space ships. After that, it was the big one, the Apollo program that sent men to the moon.

Those missions became so “routine” that the space agency stopped sending men to the moon, apparently believing they had done all they could do.

About six years ago, we grounded the remaining shuttle fleet — after two of the ships, Challenger and Columbia, were lost, killing 14 crew members. Routine? Hardly.

I’m recalling the adventure associated with John Glenn’s first flight into space and hoping for a time when we can send human beings back into space aboard our own rocket ships. Today, we’re relying on Russia to ferry our men and women into Earth orbit — and I’m trying to imagine how President Kennedy, who challenged the nation to put men on the moon by the end of the 1960s, would react that knowledge.

I came of age watching the space program take flight. I am old enough to remember how these missions forced us all to hold our breath when these heroes were thrown into space.

The next step awaits. It no doubt will involve sending humans way past the moon and toward places like Mars. I hope to live long enough to see that occur.

I will wait anxiously for a day when we can view spaceflight once again as the spine-tingling adventure it’s always been.