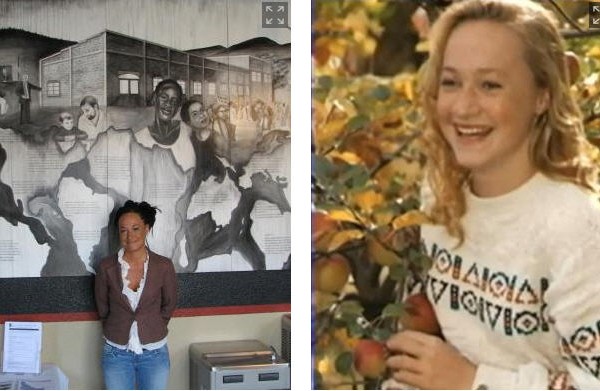 Rachel Dolezal is going to set the record straight Monday … she says.

The head of the Spokane, Wash., chapter of the National Association for the Advancement of Colored People is going to tell us whether she’s white or black.

This clearly is one of the stranger stories any of us — white or black — has seen in, oh, since the last strange story burst on the scene.

Dolezal’s parents, from whom she’s estranged, says their daughter has been lying about her race. She claims to be black. Her parents, who are white, have produced pictures of her as a fair-skinned blond girl. Her hair now is curly; her skin is considerably darker.

She’s been strangely coy about answering a direct and succinct question: Are you white? He answer to a question from a Spokane Spokesman-Review reporter: “That question is not as easy as it seems. There’s a lot of complexities … and I don’t know that everyone would understand that.”

“We’re all from the African continent.”

What the … ? My head is about to explode. Actually, the question seems more than “easy.”

The NAACP is backing Dolezal. Her parents, who live in Montana, said she’s been misrepresenting herself.

I’ve noted already that the NAACP’s very name doesn’t require one to be African-American to join, let alone assume a leadership position. Indeed, the organization was founded by a white person.

But as I look at Dolezal’s picture as a little girl — that’s her in both frames attached to this blog post — she looks pretty darn white to me.