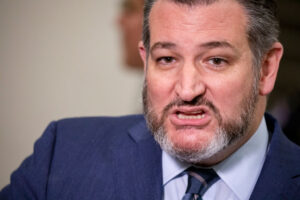 Ted Cruz is truly a reprehensible excuse for an elected public official. Consider the idiocy that flew recently out of the Texas Republican U.S. senator’s mouth.

What the hell is Cancun Ted talking about?

This bozo has an astonishing streak of lunacy that bursts forth with all too much frequency.

Ted Cruz cannot be taken seriously … for anything!