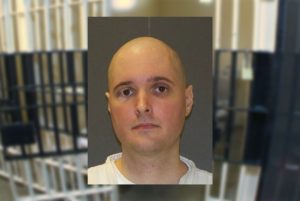 Whitaker was supposed to die in the Texas Department of Criminal Justice death chamber this week. Then the state’s Board of Pardons and Parole recommended that his death sentence be commuted. It was a rare event by the parole board.

Then came the kicker: Gov. Greg Abbott could have rejected the recommendation. He didn’t. He accepted it and within minutes of Whitaker’s scheduled execution, Abbott commuted his sentence.

Whitaker is a bad dude. Make no mistake about that. He is not imprisoned for a crime he didn’t commit. He did conspire in 2003 to kill his mother and brother in Fort Bend County. However, the trigger men in the crime got lighter sentences than what Whitaker got initially. The man’s father argued for his life, even though his own wife and son had died in the heinous act.

“The murders of Mr. Whitaker’s mother and brother are reprehensible,” Abbott said. “The recommendation of the Texas Board of Pardons and Paroles, and my action on it, ensures Mr. Whitaker will never be released from prison.”

This decision is the correct one, to my mind, as a matter of principle. I oppose capital punishment. Accordingly, I am glad to see that Gov. Abbott has decided to stand by the Board of Pardons and Parole, even though he said he remains a staunch supporter of the death penalty.

However … Thomas Whitaker will suffer plenty while he spends the rest of his life behind bars.