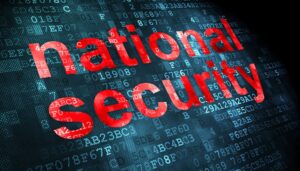 Donald Trump famously told us that he “watched the shows” to learn about threats to national security and that he didn’t need to be bored to sleep with endless recitations of what he already knew.

Along came Joe Biden to succeed Trump as president of the United States. The latest president has reverted to the traditional script: The National Security Council prepares the “daily presidential brief” and presents it daily to the commander in chief, who then reads it and listens — apparently with keen interest — at what they have to say about this and that threat.

This is one of the many returns to “normal” presidential behavior that I have welcomed while watching President Biden handle the affairs of state.

Whereas the 45th president spent his entire adult life barking orders and never seeming to take advice from anyone, the 46th president has been schooled in the nuance and complexity of government. He spent 36 years in the U.S. Senate and eight years as vice president of the United States. All along the way, Joe Biden sought to play by rules written by all the men and women who preceded him.

Is he the perfect politician? Will he be immune from mistakes that all human beings make? No and no! However, it looks for all the world to me that President Joe Biden will be able to own his mistakes when he makes them. That, too, is a welcome restoration of what has become “normal” in the U.S. presidency.

We hear now that Donald J. Trump heard multiple times early this year about the threat posed by the coronavirus. It came to him via the presidential daily briefings he received from the National Security Council.

Only one problem … and it’s a doozy: Trump didn’t read the reports. He blew ’em off. He doesn’t bother with such detail. Trump prefers to rely on his own alleged knowledge of matters about which he knows nothing.

The NSC kept at it. The intelligence network reminded him of what the PDB contained. He didn’t care to hear it.

OK. Now comes this from The Donald. He said the PDB informed him that the coronavirus problem would blow over. It wasn’t worth his time. It was nothing that should concern us. No sweat. It’ll disappear.

So, it falls along this line. Do you believe what medical and national security experts were telling us in February? Or do you now believe that the Liar in Chief was told that the coronavirus didn’t rise to the level of a potential pandemic when the PDB came to his attention?

Let’s see. I think I’ll go with the medical and national security team.

What is the consequence? It’s obvious. The United States is paying a terrible price for Donald Trump’s unwillingness to listen to experts, to actually read and study detailed reports — and to act on all of it!

Oh, no. Not this guy! He relies on his “best mind” that is full of expertise that does not exist.

This individual is not making America great again. He has put this already-great nation in dire peril.