Who would have thought Wyoming — one of the most Republican-leaning of our 50 states — would serve as a petri dish to examine what has become of a once-great political party.

Its sole member of the House, Liz Cheney, got hammered in the GOP primary, losing to Harriet Hageman by more than 30 percentage points. Hageman had earned the endorsement of the Cult Leader in Chief, Donald Trump. Why would the former POTUS go against a House member — Liz Cheney — who voted with him more than 93% of the time? Because Cheney voted to impeach Trump after he incited the 1/6 insurrection.

Now she’s out … or will be by the end of the year.

The only thing Cheney did “wrong” was to turn against Trump, who has captured the hearts, minds and what passes for the “soul” of the Republican Party, which he has transformed into a cult cabal.

Wyoming has served up the perfect test case for what is wrong with the Grand Old Party. 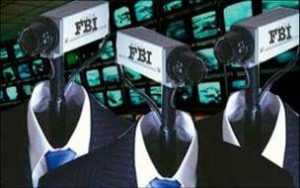 A truly astonishing metamorphosis is occurring within what we used to call a great American political party.

The Republican Party used to believe in law and order, in the sanctity of the badge that men and women wore while enforcing the law, in their belief that a strong police force was the best deterrent against runaway crime and chaos.

What’s happened to the GOP?

The FBI secured a legally acquired search warrant to allow agents into the home of a former Republican president of the U.S.A. and suddenly the FBI has become the enemy.

Now we find political progressives — whom conservatives once denigrated as being “soft on crime” — rushing to defend the FBI against the attacks coming … from the right!

The metamorphosis is unbecoming in the extreme. For instance, it features physical threats against FBI agents, with threats of “civil war” coming from the very individuals who in another era would never utter such nonsense out loud.

The world has gone nuts!

It seems the change is the direct result of the cult that has formed around a former president of the United States. The cult places idolatry of the former POTUS ahead of all else, even time-tested policies and philosophies that once formed the basis of the once-great political party.

For as long as the cult dictates how Americans shall behave, there will be no making sense of what is occurring. It does require those of us who oppose the cult to remain vigilant and alert to the dangers the cult followers present.

Indeed, any “talk” of civil war must not devolve into the real thing. We did that once in this country. It nearly destroyed us.