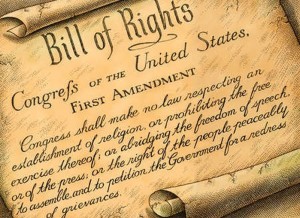 I want to discuss religion briefly, as it well might become an issue in the rapidly unfolding and accelerating presidential campaign.

The issue has come up in a public way and in a way near to my own heart.

Former college and professional football coach Lou Holtz told the Republican National Convention that Democratic presidential nominee Joe Biden is a Catholic “in name only.” Coach Holtz, who once guided student-athletes at Notre Dame University, received immediate pushback from the renowned Catholic school. He spoke for himself, ND officials said, not for the university.

Biden is far from a CINO — Catholic In Name Only. His faith is well-known. He speaks openly about it, about how his faith has helped steer him through unspeakable tragedy.

This topic makes me uncomfortable. Religious faith is deeply personal. It’s not something I like sharing, and I won’t do so here.

However, I do want to challenge an implication that a fellow I know made to me directly. He said in a social media post that I “probably” am comfortable with doing away with “religious freedom.” This fellow seems to believe, according to his world view, that we should be allowed to worship openly and freely without any interference.

I could not agree more with this fellow. He and I actually share a devotion to “religious freedom.” I want to add a caveat, however.

The Constitution spells out quite clearly that we also are free to not worship if we choose. It is a secular document written by men whose direct forebears fled religious persecution in Europe.

While I am committed to religious freedom, I also want to embrace what I believe is a broader view of what that term means and what it entails.

So, when a noted public figure, such as former coach Lou Holtz, says a leading politician is a “Catholic in name only,” he crosses a line he shouldn’t cross. He shouldn’t purport to know what rests in Joe Biden’s heart. That is a dangerous assumption Holtz makes.

As for the fellow who jabbed at me by assuming I “probably” would want to do away with religious freedom, he also is crossing a precarious line.

I am all for granting Americans the right to worship as they please. I also believe we are free to forgo religious faith … if that’s how we want to roll.

Just think that we’re about to be force-fed a large dose of religion in a presidential campaign that already has gone from harsh to ugly. 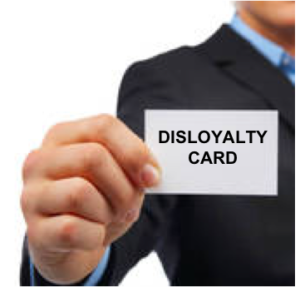 Trump’s statement has been taken by some to be an anti-Semitic utterance from someone who presumes political candidates must be “loyal” to Israel and to Israeli government policies. So the rationale — if you want to call it such — is that Jewish voters would be “disloyal” to Israel if they back candidates who might be not quite as friendly to Israeli policies as candidates from the other major political party.

This is utter hogwash, claptrap, bull corn — whatever you want to call it — from the president.

In 1960, Sen. John F. Kennedy was running for president as a practicing Catholic. There were whispers that turned into shouts about whether a Catholic president would take his marching orders from the Vatican. Sen. Kennedy sought to assuage those concerns and he did so in a most brazen manner.

He attended a Texas convention of Protestant clergy, stood before them and said categorically that he would take the oath of loyalty to the U.S. Constitution. It would be to that document that the president would adhere.

Presidents do take an oath to defend the Constitution. They do not defend the Bible, or the Torah. Their loyalty first and foremost is to the secular document crafted by the nation’s founders in the late 18th century.

Donald Trump’s abject ignorance of the very oath he took in 2017 reveals the danger we face if we return this guy to office in 2020.