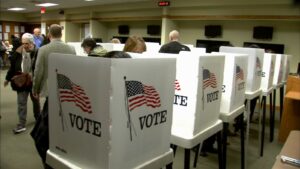 I had a chat this weekend with Princeton (Texas) Mayor Brianna Chacon about the upcoming election and about whether either of us should vote early.

I learned that the mayor doesn’t like early voting any more than I do, which is to say that I hate doing it.

Early voting in these Texas municipal elections does not allow voters to avoid Election Day crowds. That’s because turnout at these elections usually is pitiful. Perhaps in single-digit percentages. So, that’s no reason to vote early.

What Chacon and I agreed on is the risk associated with voting early. The risk comes when you cast your ballot for a candidate many days prior to Election Day and then your candidate says or does something profoundly stupid.

Chacon agrees about the risk one takes when voting early. I got the impression that she intends to vote on Election Day. Indeed, she said something about waiting until about 15 minutes before polling ends and then showing up to cast her ballot.

I won’t wait that long. Still, since we intend to be available to vote on Nov. 2 — which is Election Day — I’ll just bide my time and wait it out … and hope my preferred candidates don’t mess up.