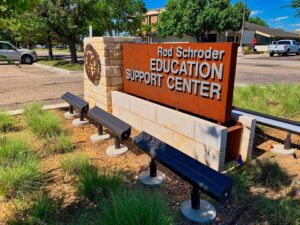 I believe I can state with confidence that a coalition of parents demanding transparency at the Amarillo Independent School District has identified a seriously legitimate area of concern.

It involves the “resignation” of a high school girls volleyball coach and the circumstances that led to her departure after a single season at the helm of a vaunted athletic program.

You know the story: Kori Clements left her post as Amarillo High School’s volleyball coach at the beginning of this year. It was called a resignation. She submitted a letter stating her desire to resign, citing harassment from a parent and a lack of support from the school board and the senior administration at AISD.

I have learned there is a whole lot more to the story than was declared publicly.

Clements’s contract was not renewed. She was, in effect, terminated by the school system. Why? Well, it gets sticky. AISD administrators told Clements she wasn’t “communicating” effectively with parents who said they were concerned about the coach’s parceling out of playing time to some of the girls on her team.

Clements asked her bosses at AISD to cite specifics. She asked them to give her an avenue to correct what they said was wrong with her communication skills. Clements said administrators refused to give her the chance to fix the problem.

She had a series of meetings with administrators, including Amarillo High principal David Vincent, AISD athletic director Brad Thiessen and others. Ultimately, she was told her contract would not be renewed. Clements was a first-year teacher and, thus, was a “probationary” faculty member, meaning the district could choose to not renew her contract if that was the decision.

One of they key principals in this “playing time” matter happened to be a school board trustee, Renee McCown, who had two daughters playing for the Sandies volleyball team. McCown has since resigned from the board, which currently is looking to fill her vacant seat along with a seat vacated by the resignation of  trustee John Ben Blanchard.

The Parents for Transparency Coalition is demanding a more thorough accounting of AISD policies, actions and decisions. I believe, based on what I have learned, that the coalition has a legitimate concern.

Clements’ departure from AHS was not as it was portrayed publicly when she made her announcement. She was forced to quit by administrators and, by association, by the board of trustees that chose to keep its hands off this discussion. The irony is that one of the trustees was implicated in the mess that that has smeared the school system.

Did the Sandies volleyball team underperform during Clements’ single year at the helm? No. Their record was nearly identical to what it was the previous year, the final season that Jan Barker coached before retiring.

So, what do we have here? We have a situation that needs to be aired out. Clements’ departure from the Amarillo HS job, to my understanding of it, bears virtually no resemblance to what has been portrayed by the school system.

Transparency? It is missing in action.

I am hearing a bit of grumbling from up yonder in my former digs in the Texas Panhandle about whether the Amarillo Independent School District should appoint two school trustees.

The school board has two vacancies to fill. Trustees are likely to select two individuals to fill the seats formerly occupied by John Ben Blanchard and Renee McCown. The other option is to conduct a special election to fill those seats.

The AISD board comprises seven members. Right now it’s got just five. My feeling is that the school board is quite capable of interviewing/vetting applicants for the posts, then swear them in and allow them to serve until the next scheduled election.

It falls heavily on the board to find applicants who can serve the community well. So why not let the board of trustees — who’ve already been elected by their constituents — perform that responsibility?

They are aware of the complaints, I am sure. Some of the gripes concern the lack of Hispanic representation on the current board of trustees. That’s a critical element, given AISD’s heavy Hispanic student population among its 33,000 public school students.

I am absolutely convinced the school board can lobby throughout the community for qualified leaders from any of the district’s increasingly diverse ethnic population base.

Is it better to appoint or to elect board members? Well, elections are a more costly proposition than the appointive process. They also require some time for candidates to campaign for the office they are seeking, which would keep the seats vacant for what arguably is longer than is necessary.

So, study the applicants. Question them thoroughly.

Indeed, there’s no legal requirement that trustees these people privately. In the interest of full transparency, I think it’s absolutely reasonable to visit with them in public. Give constituents — the folks who pay the bills with their property taxes — the chance to hear these applicants’ answers to trustees’ questions.

The appointment process can be done with full public awareness and buy-in.

Have at it, Amarillo ISD trustees … and good luck.