I cannot say this enough, so forgive me if you have heard this before.

Our firefighters and other first responders continue to amaze me. I am grateful beyond measure for the work they do, the service they provide and the protection they provide to the community they swear to protect.

Some wildfires erupted west of Amarillo last night. The wind was merciless, relentless and unforgiving. The people who ran straight toward the potential danger kicked into high-gear action immediately.

Amarillo and Potter County fire crews were able to contain the blazes in fairly quick fashion.

It occurs to me that these folks are pretty damn good at this firefighting stuff. No, they’re real good at it.

We toss the “hero” term around a bit too loosely. We hang the label on athletes. We’ve actually called actors over many years “heroes” because they portray them on film or TV. I prefer the term “role model” to describe athletes’ public standing. I’ll leave that discussion at that.

As for actual heroes, they work for us, for you and me. They are public servants. Some of them don’t even get paid for their heroism. They are the volunteer firefighters who often serve in the rural communities surrounding Amarillo. They have day jobs but choose to respond when the fire alarm goes off — at which time they rush into harm’s way.

They do this to protect us. They shield us from the dangers that fire presents. These days that danger is heightened by the dual factors of high wind and lack of moisture. I cannot even remember the last time it rained in our community.

One more time — and it won’t be the final time — I want to extend a public thank you to the men and women who answer the call on our behalf. You are heroes. We all appreciate you. 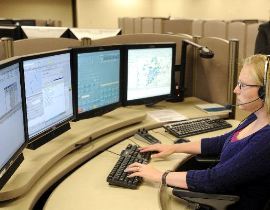 It remains my hope that the Amarillo Police Department, the fire department and medical emergency services officials will spell out in detail what problems existed with the way the city’s central dispatch center was doing its job.

Interim City Manager Terry Childers’ 911 call the other day has resulted in changes to the way the call center works. The city now has assigned police officers and firefighters to work inside the call center alongside the personnel who answer calls requesting help.

Childers said the dispatcher with whom he spoke when he reported the “theft” of a briefcase at a local hotel was “uncourteous.” I’m not sure about that. I’ve listened to the recording and the dispatcher sounded cool, calm and professional.

But the changes brought immediately after the interim manager’s experience seem to suggest that something was wrong with the call center.

If so, what in the world was wrong? Can’t we get an accounting from the folks who run our police, fire and medical emergency departments on those problems? How systemic were they? Did calls go unanswered? Did anyone die as a result?

And if there were problems all along, why didn’t the city act before now?

Meanwhile, we’re left to wonder how it was that a senior city administrator would get so upset with an emergency dispatcher who he said didn’t respond appropriately — on a call involving a missing briefcase!

Some details would be welcome. 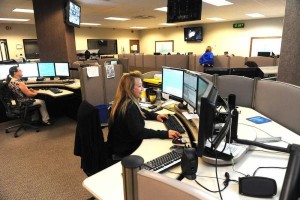 Amarillo put a lot of effort — and money — into modernizing and streamlining its emergency services response center.

City officials touted it as more efficient and customer-friendly. The city remodeled and outfitted an existing downtown office complex and then launched the center that combines police, fire and medical services calls.

Then the city’s interim city manager, Terry Childers, placed a call to the center the other day to report a stolen brief case from the hotel where he was staying after returning to Amarillo on a flight from Dallas. The dispatcher responded according to a set protocol that requires her to ask a set of questions. Childers became agitated and told the dispatcher that she didn’t “know who she is dealing with”; he made that assertion even after introducing himself to the dispatcher as the city manager, which the dispatcher seemed to understand clearly.

This is all fine.

But I’m wondering: Was there a serious concern among the community about response times? Has the problem — if one existed — been festering since the call center opened? Or are these changes the result of a single phone call by one highly placed individual?

I’ve listened to the audio recording of Childers’ phone call. To my ears, it sounded as though the dispatcher acted with cool professionalism. I understand that the police did arrive in a timely fashion, although I’m not sure that the cops “shut down” the hotel to search for Childers’ missing brief case, as Childers had demanded.

I hope for all the world that we aren’t witnessing an abuse of authority.

Perhaps the city should conduct a thorough public airing of the complaints and concerns that allegedly have arisen from the new dispatch center. Is there a record of gripes from citizens? If there is, do those complaints rise to a level that compels a change in the way the city responds to these emergencies?