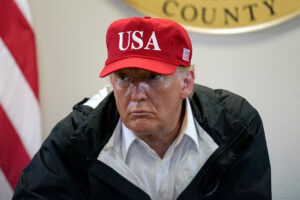 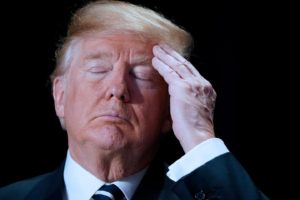 A young U.S. senator from Illinois stood before the 2004 Democratic National Convention and said, “Only in this country is my story even possible.”

His name was Barack Obama, a self-proclaimed “skinny kid with a funny name.” He was an African-American man born in Hawaii to a white woman from Kansas and a black man from Kenya. There he was, delivering the keynote speech to Democrats who would nominate Sen. John Kerry to run against President Bush.

Four years later, that senator would run for president himself. Millions of Americans voted proudly for him. I was one of those Americans. Sen. Obama became President Obama and demonstrated that, indeed, “anyone could be elected president.”

Obama set the standard for political improbability. Eight years after that, though, another man smashed that standard to smithereens.

Donald John Trump Sr. had never sought public office. He had never devoted a minute of his adult life in service to the public. His entire life had been built with one goal: to enrich himself.

He was a huckster supreme. He sold us a bill of goods. He talked about his brilliant business acumen. Trump told us he would do for the country what he did for himself. He would make America great again. All by himself, too!

Now he wants a second term as POTUS. I must ask this question: Is this clown going to fool us yet again?

Trump has managed to denigrate damn near every institution he has touched. He has hurled insults. Trump has tossed out innuendo after innuendo.

Trump has failed time and time again to demonstrate a shred of humanity. He lacks the basic elements of empathy. He cannot tell the truth at any level.

Donald Trump has proven without a doubt that in this country, “Anyone can be elected president.”

If this individual manages to win re-election in 2020, then we all must live with the truism we hear from time to time:

Don’t sit down, Gov. Eric Greitens. I’m going to talk about you for a moment.

This fellow is a Republican governor from Missouri. He’s been in office for only about a year. He also is making quite a name for himself.

He ran for office as a “family values” candidate. He once proclaimed his love for his wife and children and the happiness he feels at being a married man and father.

The former Navy SEAL — who was a Democrat until he switched parties in 2015 — was even discussed as a possible presidential candidate in 2020 or 2024.

Then came this: He fooled around with a woman other than his wife before he was elected governor. What’s even more troubling is that he allegedly threatened her if she blabbed about it.

The woman, who was married at the time, is now divorced from her husband. Greitens remains married to his wife. He admits to the affair, but denies threatening the woman with whom he took the tumble.

Wow. What are we to make of political candidates who make such a big show of their marriage? How are we supposed to react when they get caught in the big lie? I take this kind of thing quite badly. It doesn’t go down well. Why? Because of the show politicians such as Greitens make when they actually boast about their marital fidelity on the campaign stump — as if someone keeping a vow he makes before God is worth a boast.

This clown reminds me of so many politicians who’ve proclaimed their love for the spouse only to be revealed to be philanderers.

Does the name John Edwards ring a bell? Edwards was the 2004 Democratic vice-presidential nominee who campaigned across the land declaring his devotion to his late wife, Elizabeth — while he was messing around with a woman who later gave birth to a baby, courtesy of that relationship with Edwards.

This kind of revelation sickens me in the extreme. Gov. Greitens makes me sick, too, given that he made such a phony show of his marital devotion.

Politicians who lie about their faithfulness then deserve all the scorn they receive.

Now … you may sit down, Gov. Greitens. And may you disappear from the national political scene.

Edwards once was a U.S. senator from North Carolina. He ran for vice president on a Democratic ticket led by John Kerry. They lost in 2004 by a narrow margin; a swing of some 70,000 votes in Ohio (out of more than 5 million cast in that state) would have elected the Kerry-Edwards ticket over the George W. Bush-Dick Cheney ticket.

Then came another run for the presidency four years later, the adultery scandal, the birth of Edwards’s daughter to a woman other than his wife, his separation from Elizabeth, who then died of cancer.

Edwards’s political career is finished. That, I submit, is a very good thing.

In fact, I would prefer he’d disappear from public view.

If only his notable right-wing critics would just allow it.