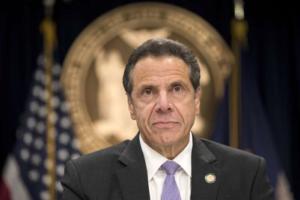 With his veto pen, Cuomo has turned an innocuous piece of legislation, approved by the New York Legislature with overwhelming bipartisan majorities, into a conversation piece. For what reason, well … that baffles me.

Cuomo said while issuing his veto that he cannot “in good conscience” allow federal judges appointed by Donald Trump to perform weddings in his state. It all makes me go, huh?

The legislation expanded federal judicial authority in New York to include all federal judges; currently, only some federal judges can officiate over weddings. Cuomo doesn’t want to expand the judges’ authority to bring all such federal jurists into the wedding officiating fold.

The New York Senate approved the bill 61-1; the New York House Assembly backed it 144-2. Oh, and then there’s this: Democrats who belong to the same party as Gov. Cuomo control both legislative chambers.

I don’t get this grandstanding act by Gov. Cuomo. I do get that he opposes Donald Trump with every fiber of his being. I do, too. However, Gov. Cuomo would well do well to do a better job of picking his fights.

This particular issue seems like such a needless battle. 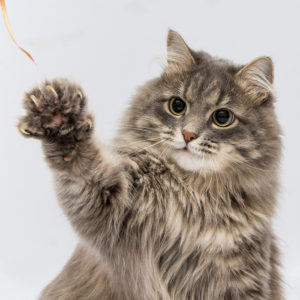 As a longtime cat parent and lover of felines, I must object vociferously to a new law that might go into the books in New York.

The law would ban the de-clawing of cats. Yes. That is correct. In New York, you could face a fine of as much as $1,000 if you remove your kitty’s claws because you fear the cat would destroy your furniture or, worse, scratch your children or grandchildren.

New York would be the first state to ban this procedure.

I’ll stipulate that my wife and I are not parents to cats at the moment. We have a pooch, Toby the Puppy, about whom you’ve read plenty on this blog. However, we’ve long loved cats and have welcomed many of them into our home over many years.

Our most recent pair of cats, Socks and Mittens, were siblings who lived with us for more than 12 years. They were the first two kitties we had de-clawed. Why? They were climbing up our curtains. I admit we had resisted de-clawing previous cats because, well, we had this fear that it would do them harm. Socks and Mittens, though, pushed us past our limit. We had it done.

OK, did the procedure — which involved just their front paws — inhibit them in any way? Hah! Hardly!

I understand that New York Gov. Andrew Cuomo is going to “review the bill” before deciding whether to sign it. I hope Gov. Cuomo vetoes it. 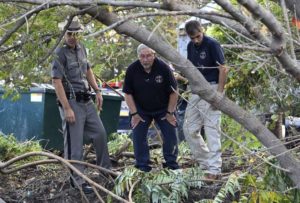 I usually am not one to call for litigation in the wake of tragedy, but the case involving a crash in New York that killed 20 people qualifies as a profound exception.

Yes, 20 people died this week when a limousine careened off a New York highway. It now turns out that the vehicle, an 18-year-old SUV, didn’t pass the state safety inspection required of motor vehicles.

New York Gov. Andrew Cuomo said the vehicle had no business being on the road.

Moreover, the driver of the vehicle reportedly wasn’t properly licensed to drive it, let alone carry so many people.

This tragic event has so many terrible back stories, it’s almost impossible to process the sadness one can feel, even from a distance. Newlywed couples perished; four sisters died as well. The National Transportation Safety Board says it rarely investigates incidents that carry this kind of emotional impact.

Indeed, I fully expect there to be lawsuit upon lawsuit filed to recoup some modicum of the loss that these families and other loved ones have suffered from this tragic event.

My knee-jerk reaction normally would allow for some skepticism.

A million bucks a day.

That’s one estimate of the cost of hunting down two escaped murderers. Yes, there were some eyebrows raised over the cost of the manhunt.

However, I am reckoning today that no one is going to gripe out loud about the cost. One of the bad guys, Richard Matt, is dead; the other, David Sweat, is in custody.

They had crawled out of a maximum-security prison in upstate New York, the first such escape in the history of the century-old lockup. At least two prison employees are accused of aiding in the men’s escape.

But this story, which has all the earmarks of a potential movie or TV dramatization, was hair-raising in the extreme for residents living anywhere near the prison.

The men didn’t get very far before the police caught up with them.

Matt resisted arrest and was gunned down. The police didn’t waste any time with Sweat; a lone officer spotted him walking along a rural road a little more than a mile from the Canadian border. Sweat started running and the officer shot him twice, injuring him critically.

These two are bad men. Both were serving life sentences for committing brutal crimes. To say they were considered “dangerous” is to commit a serious understatement.

Good job all around.

Texas Gov. Rick Perry has placed an important phone call to his colleague in New York and offered a critical piece of advice.

Don’t make the mistakes we made in Texas when handling an Ebola case, Perry reportedly told Gov. Andrew Cuomo.

The Texas Ebola case ended tragically for the Liberian man who brought the disease to the state. He died under the care of medical professionals in Dallas. A nurse who cared for him has just been released from medical care after she came down with the virus. Now  New York doctor who was in West Africa treating Ebola patients has been diagnosed with the disease and he apparently is responding to treatment.

Perry called Cuomo and New York Mayor Bill de Blasio to offer his assistance on how to handle the disease. Gov. Perry’s prime advice? Follow all the necessary medical protocols to the letter. A breach in protocol in Dallas apparently led to the nurse getting infected, according to the governor’s office.

The good news is that the nurse, Nina Pham, is now Ebola free.

There was some more advice Perry gave to Cuomo and de Blasio, according to the San Antonio Express-News:

“Perry shared some more lessons in separate Friday phone conversations with the officials, including regarding ‘the importance of informing the public about the realities of the Ebola virus in order to reduce misconceptions about its transmissions,’ his office said.”

A lack of accurate information has helped lead to the near-hysterical response in some quarters to the arrival of this disease.

A thorough dissemination of facts always should be of prime concern.

It’s good to remember that Ebola likely wasn’t on medical professionals’ radar when the patient arrived from Liberia. It’s on everyone’s mind now.

Gov. Perry has some valuable experience to share and it’s good that he’s sharing it.

Gov. Andrew Cuomo, D-N.Y., needs a serious intervention, a lesson on why the United States of America exists in the first place.

It exists because some folks splashed ashore in the 17th century looking for freedom of expression, religion and assembly. They sought to build a nation where all opinions, philosophies and principles are welcome.

The New York governor had the cajones to say that “extreme conservatives” have no place in New York.

Here is part of what he said Friday in Albany, N.Y.:

“you have a schism within the Republican Party. … They’re searching to define their soul, that’s what’s going on. … The gridlock in Washington is less about Democrats and Republicans. It’s more about extreme Republicans versus moderate Republicans.

“You’re seeing that play out in New York. … Their problem is not me and the Democrats; their problem is themselves. Who are they? Are they these extreme conservatives who are right-to-life, pro-assault-weapon, anti-gay? Is that who they are?

“Because if that’s who they are and they’re the extreme conservatives, they have no place in the state of New York, because that’s not who New Yorkers are.”

He clearly disagrees with extreme conservatives. Well, so do I. That doesn’t mean they have no place, nor that they do not have just as much right as anyone else to have their voices heard. I’ve always believed it is better to have your adversaries out there in plain sight where you can keep your eye on them. I reckon some of my friends on the far right say the same thing about, oh … me.

Last time I looked, I thought this country represented something called the “marketplace of ideas.” Isn’t that a place where everyone presents their views, tests them before the public and then lets the public decide whether their ideas are worth anyone’s time and attention?

Gov. Cuomo needs to get a grip here. Take a breath and remember that he represents everyone in his state, not just those who voted for him. Indeed, officeholders on both extremes need to understand that concept as well.