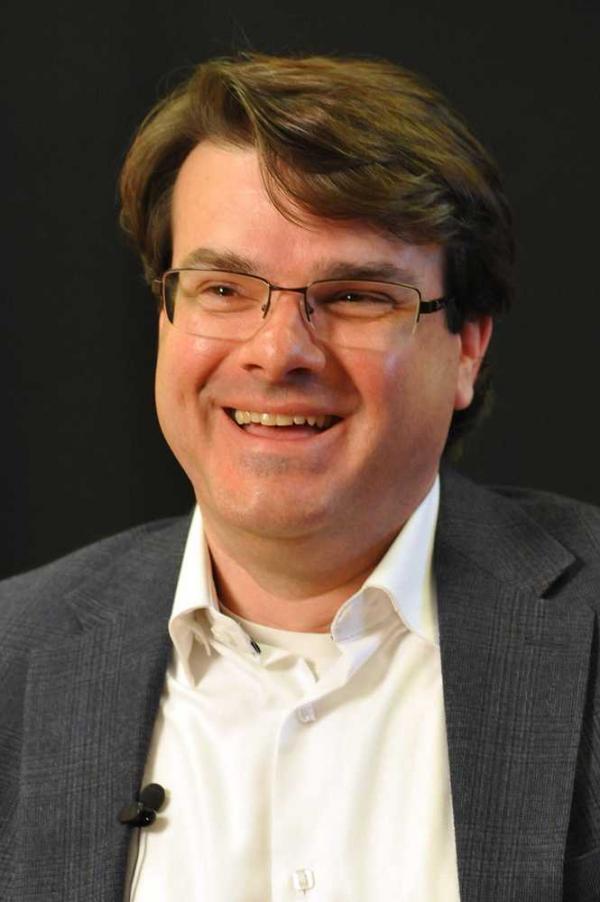 Mark Nair may becoming a sort of “swing vote” on the Amarillo City Council.

Just as Justice Anthony Kennedy helps determine which direction the Supreme Court tilts on key rulings, so might City Councilman-elect Nair be — in the words of a former president of the United States — a “decider.”

He’s one of three new guys to join the five-member council. He won a runoff election this past Saturday to win his spot on Place 4.

And he’s sounding like someone intent on changing the way business has been done at City Hall.

I remain a bit confused, though, regarding his intentions.

Nair said he doesn’t want to “undo” downtown redevelopments that already are under “contractual obligation.” He does, though, want to rethink the multipurpose event venue and plans to argue that it go before the voters for their approval.

Suppose, then, that voters say “no” to the MPEV. What happens next? Nair referenced the “catalyst projects” that already are under contract: the convention hotel and the parking garage. If the MPEV is torpedoed, does the hotel get built anyway? It’s always been my understanding that the hotel developer’s plans for the Embassy Suites complex is predicated on the MPEV and without the event venue, there’s no need for a parking garage.

It’s all tied together, correct?

Nair deserves congratulations for winning his initial elected office. He presents himself as a thoughtful young man. He said he wants to talk with City Manager Jarrett Atkinson — who he said he doesn’t know — about the problems that have beset the city. Things have to change, Nair said. The water bill SNAFU cannot go uncorrected, he said and he asserts that the manager, as the city’s CEO, is responsible for ensuring the place runs smoothly.

But the folks in charge of it all — the policy team — sit on the City Council. They have to operate as a team, along with the senior city administration. That was the mantra prior to the election.

We now shall see if the new guys can play well with each other — and those who do their bidding.

Mark Nair, the newest of the new fellows, vows to “work for the common good.”

Tonight he was elected to Place 4 on the five-man City Council. trouncing runoff opponent Steve Rogers.

So, what does “change” look like? That remains to be seen.

But here’s what we know. Two of the new guys on the council, Place 1 Councilman Elisha Demerson and Place 3 Councilman Randy Burkett campaigned aggressively against the “status quo.” That means, I guess, that they oppose some of the key policy decisions made in recent years by the council. The highest profile set of decisions involves downtown redevelopment.

Now we have Nair joining the new three-member majority that advocates change … whatever it means.

I keep hearing a lot of rumblings around town about “The Ballpark,” or the multipurpose event venue. Will there or won’t there be a citywide referendum to determine if voters want to build the MPEV? Why even put it to a vote? Well, it involves spending “public money,” derived from hotel-motel tax revenue, which is how the city intends to finance construction and upkeep of the venue.

But, by golly, there just might be a vote on it, just to gauge residents’ feelings about building it.

If voters say “no,” the council — while not obligated legally to abide by the result — would commit political suicide by ignoring it.

If the MPEV gets derailed, what happens to the downtown hotel being planned? Developers say the MPEV must be built for the hotel to proceed. Oh, and the parking garage — the third wing of this three-part package? Who needs it?

So, will “change” mean the end of this downtown effort?

If the utter silence at the place where I vote is any indication, it looks as though the turnout for today’s municipal runoff election is going to be a yawner.

My vote was the 20th cast. Twenty votes in 2 hours and 5 minutes of voting!

The runoff is for Place 4 on the Amarillo City Council. The two candidates are Steve Rogers and Mark Nair. They finished in the top two spots in the May 9 election.

The winner will fill out the five-member City Council.

Whoever joins the council will be one of three new members. Voters have shaken things up a bit at City Hall, defeating two incumbents. The third new guy will replace an incumbent, Ron Boyd, who didn’t seek election to the seat to which he was appointed.

The day is still young as I write this brief blog. Maybe it’ll turn around once everyone wakes up, shakes the cob webs out, gulps down a cup or two of coffee.

Believe me: It takes all of about 2 minutes to vote.

How about voting today?

Amarillo is going to the polls one more time Saturday.

I’m still undecided on how I should vote in the runoff for Place 4 on our City Council.

It appears that downtown’s revival future might be at stake. Both of the candidates seem like good men. They’re thoughtful and insightful.

Mark Nair finished first in the May 9 election; Steve Rogers finished second. Nair didn’t get to the 50 percent-plus one vote majority he needed to win the seat outright. Thus, we have the runoff.

Some controversy has swirled in this race. It involves the Commerce Building downtown and Rogers’s involvement in the appraisal of the building that will become the site of West Texas A&M University’s downtown Amarillo campus.

We’ve now learned that Rogers — a real estate investment guy — provided the correct assessment of the property’s value, even though some had alleged that it was severely overvalued. The FBI is now involved. It’s looking, however, that the deal was on the up-and-up.

Rogers is known to be friends with Mayor Paul Harpole and is thought to be an ally of the mayor, who wants to push forward aggressively with downtown revival efforts.

Then we have Nair. I’ve met him once — which is one more time than I’ve met Rogers. He seems like an earnest and honest young man. One of his key supporters is someone I know pretty well and she believes Nair asks “all the right questions” about any issue relating to public city policy.  He asks questions about the process that produced the downtown redevelopment effort, sounding a bit doubtful about its legitimacy.

This election provides ample support for my belief in waiting until the last day to cast a vote. I don’t like voting early, particularly if I’m having trouble making up my mind.

I’ve read the comments by both men. I’ve read some of their statements in the media. I have a good idea where they both stand on this downtown matter, which appears to be the driving issue of this runoff campaign.

Readers of this blog know where I stand on downtown development. That might give you a clue as to how I’m leaning; do not presume anything, however. I know many of both men’s key supporters quite well. I trust and respect their judgment in the choices each of them has made in declaring their support either for Rogers or Nair.

I’d better make up my mind in a hurry.

Just don’t ask me how I’m going to vote. We cast “secret ballots” for a reason.