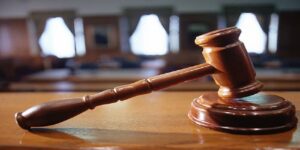 All the smart money — and even some of the dumber dough — believes that Attorney General Merrick Garland is going to indict Donald J. Trump … for something!

So many questions lurk on the edges and even some in the guts of the issue.

When will the indictment(s) come? How far will the AG go in charging the former president of the U.S.A. with committing a criminal act? How does an indictment affect the former POTUS’s plans for running for the presidency again, if he’s indeed going to do so? What will be the response of Trump’s diminishing — but still frothing rabid — base of supporters?

I happen to believe that Garland could indict Trump on obstruction of justice, on violating his oath of office, potentially on contempt of Congress, on conspiracy to commit sedition.

It all turns on the events of 1/6. Trump incited the insurrection and no one on Earth is going to persuade me he didn’t do it.

However, Merrick Garland is nothing if not a realist. He knows the stakes are huge. If Republicans gain control of Congress after the midterm election, he faces the prospect of impeachment by Republicans still steamed over Democrats’ decision to impeach Trump twice.

The biggest obstacle to impeaching the AG, though, is that he is doing his job. Unlike the “high crimes” that produced two impeachments against Trump — seeking political favors from a foreign government and inciting the attack on the Capitol — Garland merely would be doing his job in accordance with the law.

That likely wouldn’t stop the GOP from seeking to make Garland “pay” for the impeachment of the former POTUS.

This is all part of the drama that awaits as Merrick Garland ponders what appears to be an inevitable action. I am waiting to see how this drama ends.