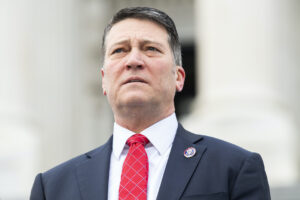 This guy, aka Ronny Jackson, the Republican who purports to represent the Texas Panhandle in Congress, is now suggesting Democrats are out to “destroy” the U.S. of A.

Well, how’s that going to happen?

Good grief. Ronny the Carpetbagger needs to look inward. If anyone is seeking to “destroy the country,” it’s the former Big Liar in Chief who continues to insist that non-existent widespread vote fraud cost him re-election in 2020.