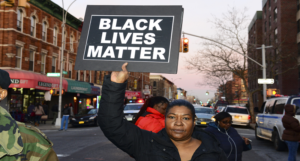 Beto O’Rourke got the question I was hoping someone would ask him tonight in his debate with Greg Abbott down yonder in Edinburg.

Does he want to “defund the police”? I asked O’Rourke, the Democratic nominee for governor, to answer that one cleanly and crisply.

He, um, didn’t. Is that a deal breaker? Does that mean I am pulling my support for O’Rourke? No.

A reporter asked him straight up. His answer was that he “always” has supported law enforcement. Hold on. I heard him praise the Black Lives Matter movement for calling on communities to defund the police.

Now he says he always has supported police fully? Not exactly.

I am a strong supporter of the cops, too. I have said so many times on this blog and have expressed it verbally to police officers over many years. If O’Rourke is going to continue supporting the cops from this moment forward, I’m all in.

I just wanted him to clear up any misunderstanding on the issue. He didn’t do it.