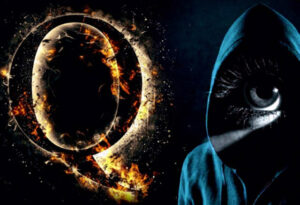 I don’t know how to broach this subject with any sort of delicate treatment, so I’ll just say what’s in my gut and then we discuss it further.

The Republican Party of this country has been taken over by dumbasses, individuals who can barely string coherent thoughts together and who have bought into the rubbish being espoused by the Dumbass in Chief.

I am at a loss as to how this once-great party allowed itself to be kneaded, molded and re-cast into a party of gullible sycophants. They believe in The Big Lie, that the 2020 presidential election was stolen from the Dumbass in Chief. They nominate individuals who, if elected this fall, vow to overturn the results of the next presidential election if the results don’t elect a Republican.

The party nominated someone for the U.S. Senate in Georgia, Hershel Walker, who actually said out loud, “If man came from apes, why are there still apes?”

At one level, perhaps I should be glad to see the GOP taken hostage by the dumbass cabal. Except that the base that nominates these losers is might energized.  The task now falls on other Americans, those who use their noggins to actually think, to ensure we keep the dumbasses out of public office.

If the dumbass cabal gets elected in, oh, about 48 days, then we’re in deeper trouble than I ever imagined.

One thought on “Dumbasses rule GOP”