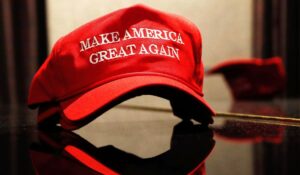 Reaction to President Biden’s speech in defense of the “soul of America” from the MAGA cabal of kooks has been, to say the least, more than a bit unsettling.

The treasonous cultists who adhere to the phony philosophy that seeks to Make America Great Again now are ascribing to President Biden the very characteristics we all have seen exhibited in real time by Donald J. Trump.

They are pissed off because they allege Biden has declared war on “half the country.” How do I say this clearly? No, he is not! Biden has sought to wage rhetorical warfare against a shrinking element of the MAGA base that continues to buy into The Big Lie about alleged widespread voter fraud … that does not exist.

Think for a moment about the cultists who buy into one thing their “esteemed leader” said this week: Trump said that if hell freezes over and he is returned as president that he will give “serious thought” to issuing blanket pardons for those who took part in the 1/6 attack on our government. (Actually, the “hell freezes over” reference is mine, not Trump’s … as if you didn’t know.)

My point is that nothing makes my blood boil more at this moment than the notion of the traitorous mob being pardoned for their assault on our democratic process, when they smashed through windows, threatened to “Hang Mike Pence!” and crapped on the floor of our Capitol Building.

Biden made several points with crystal clarity. The one that stands out for me was when he declared that you “cannot support our democracy only when you win.”

The Big Lie believers cannot accept that the Big Liar in Chief lost the 2020 election. Nor can they accept the righteous and deserved scolding they received from the man who defeated their cult hero.

Yes, they pose a threat to our democracy. The rest of us must — and I use this term metaphorically — put them down.