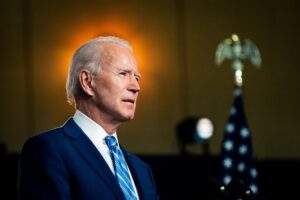 I have no clue whether President Biden is going to seek a second term in the White House. I hope he does because I now intend to seek to dispel the myth being kicked around that he stands over a “failed presidency.”

Whether he steps away after a single term or manages to win re-election in 2024, I believe Joe Biden can — and will — look at his current term as a successful venture.

One of the more remarkable aspects of Biden’s success has been his ability to achieve it without the kind of bipartisan support many of us — including yours truly — expected he would be able to generate.

The just-enacted Inflation Reduction Act is heading to his desk without a single Republican vote in either congressional chamber. No GOP senators or House members joined Democrats in endorsing a bill that seeks to slow inflation, makes a huge investment in clean/green energy and reduces the cost of prescription drugs.

That the president was able to resurrect a version of Build Back Better — which had been given up for dead — is itself a political miracle.

That was just the president’s latest success. He also was able — with a smattering of GOP help — push through a modest gun control bill in the wake of the Uvalde school and Buffalo supermarket massacres. He had help from GOP Sen. John Cornyn of Texas, who worked with Democratic Sen. Patrick Murphy of Connecticut in coming up with a legislative compromise that ends a decades-long stalemate on stemming gun violence.

Biden’s presidential success also must include his ability to muster international support for sanctions against Russia over its lawless, immoral and criminal invasion of Ukraine. NATO and the European Union have stood foursquare with us as Biden has taken measures to punish Russian goon/strongman Vladimir Putin for his criminal behavior.

Has the Biden term been flawless? No, it hasn’t. The most significant policy setback, in my view, has been along our southern border. Then again, the administration has not — as critics have suggested — created an “open-border” policy.

However, I will not accept any argument that Joe Biden has failed in the job to which he was elected.