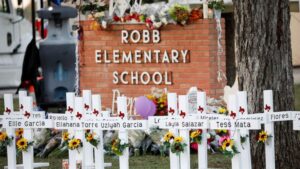 Pete Arredondo is now on what they call “administrative leave” as a result of the many questions and criticism surrounding his response to the massacre at Robb Elementary School in Uvalde, Texas.

If I were Arredondo, I would start looking for a new job and it had better not have a thing to do with law enforcement, which is what he does at this moment as chief of the Uvalde Consolidated Independent School District Police Department.

You see, Arredondo’s “abject failure” in commanding the response to the shooting at the school is why he is on leave. For my money, I cannot believe the Uvalde ISD board of trustees is going to keep him on the job. For that matter, the school superintendent needs to start drafting the letter terminating the chief from his job.

It’s been several weeks now since the gunman strolled into Robb Elementary and killed 19 precious fourth-graders and two educators who died trying to protect them. Texas Gov. Greg Abbott initially praised the cops’ response to the shooting before declaring he was “livid” over being “misled” about the response.

Now comes reporting about the police being able to have responded much more quickly than they did. Who was in charge of the police response? Chief Arredondo! He choked. He didn’t send in the tactical officers even after they reportedly had the equipment they needed to take the shooter out.

Arredondo has clammed up. He has refused to speak publicly. Indeed, the Department of Public Safety hasn’t exactly acted in the public interest, either.

Parents and loved ones of the victims are crying out for answers. They deserve them.

Pete Arredondo needs to be shown the door and told to do something other than police work for the rest of his life.