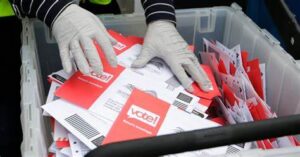 It is going to take me a long while to process fully what I heard this week in the televised testimony before the House select 1/6 committee.

We all heard several dedicated Donald Trump supporters set aside their personal support of the former POTUS and argue on behalf of concepts totally foreign to The Donald: the rule of law and the sanctity of their oaths of office.

Gabe Sterling and Brad Raffensberger of Georgia spoke the truth to power. So did Arizona House Speaker Rusty Bowers. They confronted Trump’s assertion that they could flip votes, overturn election results, “find” enough ballots to swing their states from Biden’s column to Trump’s.

They all voted for Trump. They were loyal to the man … to the extent of casting their ballots.

However, they refused to cross the line into lawlessness, which is what Trump wanted them to do. None of them would shirk their oaths of office. Speaker Bowers’s testimony was particularly riveting, as he said any notion of his forsaking his sacred oath was totally beyond his capacity as an elected public official.

Bowers, indeed, appeared to grow quite emotional as he testified before the House committee. It was, at some level, tough to watch. Then again, I was filled with pride that he continues to stand firm in his belief that he took the oath to protect the Constitution and to honor the laws of the land. He remained true to his oath.

As did Raffensberger, the Georgia secretary of state, and Sterling, one of his deputies.

They all demonstrated the incalculable value of public service.