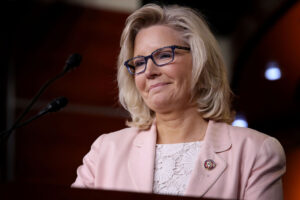 Liz Cheney is getting some ridiculous pushback from those on the far right of her Republican Party over her condemnation of Donald Trump’s inciting of the 1/6 insurrection.

I cannot allow that resistance to go unchallenged.

The Wyoming GOP congresswoman is now being held responsible in some circles for the lies her father, former Vice President Dick Cheney, told the nation about weapons of mass destruction that allegedly were possessed by the late Iraqi dictator Saddam Hussein.

Let me be crystal clear on this.

Liz Cheney was a grown woman when her father pitched the notion that Saddam Hussein possessed WMD, which he and the George W. Bush administration used to justify the invasion of Iraq. She did not serve in the administration. Her father did. Therefore, she bears no responsibility for the lies that Dick Cheney fomented about WMD.

For those who now challenge Liz Cheney’s credibility in voting to impeach Donald Trump and for serving on the 1/6 House select committee is a classic case of “what about-ism” run amok.

Indeed, does it occur to anyone that perhaps Liz Cheney learned something from the deception that her father perpetrated on the nation in the lead-up to the Iraq War? Might that have served as a “teachable moment” to the VP’s daughter to tell the truth were she ever to seek and hold public office?

This nonsense that Rep. Cheney should be held to account for the actions of a family member is utter rubbish.