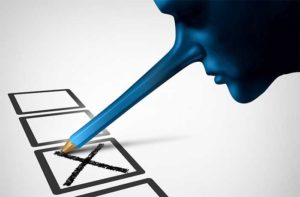 Texas Republicans have taken their share of hits from critics over the quality of the candidates they nominate for public office.

I am going to pronounce at this moment that the Texas GOP has been eclipsed in the loony bin category of political nut jobs by their colleagues in Pennsylvania, where a true-blue 2020 election denier has been nominated to run for governor of that great state.

Doug Mastriano is now the GOP nominee Pennsylvania governor. He served in the state senate. His foe this fall will be Pennsylvania Attorney General Josh Shapiro, the Democrat who ran unopposed in his state’s primary.

Mastriano, to be brutally candid, is a seriously dangerous man to run one of the nation’s most populous and important states.

He believes President Biden and Democrats stole the 2020 election from Donald Trump. He would get to appoint the next secretary of state in Pennsylvania and would be likely to find a fellow denier to lead that state’s election in 2024.

He tried to get fake Trump electors seated for the certification of the 2020 results in Pennsylvania; Biden won the state’s electoral votes, but Mastriano sought to overturn those results.

I now will declare my own preference for Pennsylvania governor. Josh Shapiro must win to preserve the rule of law and to save the democratic process in one of the states where it all began in the United States of America.